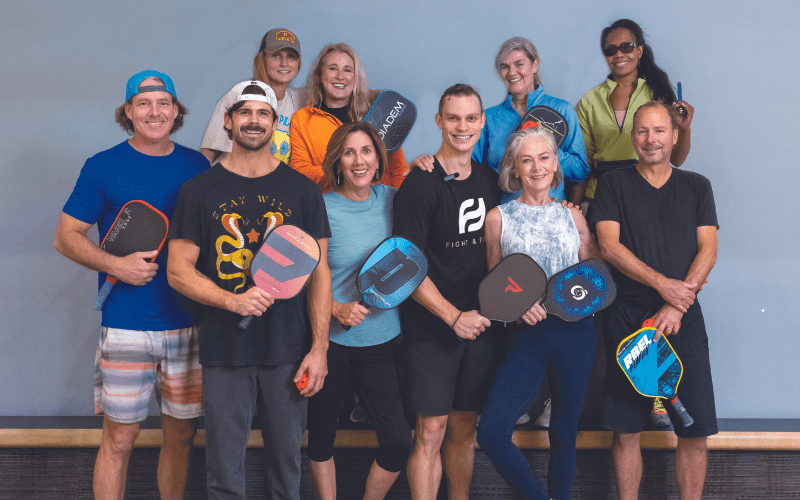 By Michael Jacobs and Wyndi Kappes

What is pickleball and why is it trending?

Pickleball is like a fusion of ping pong and tennis. Players use paddles to hit a plastic ball with holes across a tennis-style net on a badminton-size court. Like tennis, it can be played as singles or doubles, but doubles are more common, enhancing the social aspect.

Perhaps no sport in America is gaining popularity faster than pickleball, fueled by the social side of the game as much as the physical. “It’s easy to pick up and very social,” says John Rebol, the director of pickleball and head tennis professional at Concourse Athletic Club in Sandy Springs. “Because the game is so new, a lot of people get out and play, but their identity isn’t tied to it. It’s just fun.”

What are the benefits of playing pickleball?

One of the best parts of pickleball is that you can learn the game and start playing the same day, Rebol says. This makes it ideal for people that might not be the most athletic but are looking to get in a fun workout. Games are played to 11 points. Matches, which are best of three games, take 45 to 60 minutes.

For Best Self’s winter team activity day, the staff headed out to Concourse Athletic Club, where we learned how to play the game in just three 90-minute sessions.

“I was amazed at how easy it was to pick up,” said Sherri Adair, owner of Best Self. “It was so much fun and such a great workout! I look forward to playing on a regular basis with friends in the new year.”

While it’s easy to learn, pickleball also provides a challenge for even the most athletic players. Joining the Best Self crew, Atlanta fitness influencer Matt Thomas (@movingwithmatt) and former International League baseball player Jeret Adair both broke a sweat on the court. “I had heard about pickleball but never got the chance to get out on the court. Now that I’ve started playing, it’s my new favorite hobby and all I wish is that I would’ve started sooner,” Matt said. 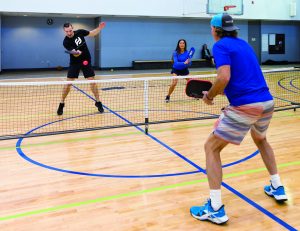 “I love how pickleball tests my speed and agility. Quick movements in and out of “the kitchen” playing with Matt had me burning almost 600 calories after one game,” Jeret added.

Our Five Favorite Things About Pickleball

How can I get started playing pickleball?

USA Pickleball provides all you need to know about the game, including where to purchase gear and how to start. Georgia Pickleball can also point you to courts and clubs around the city.

Our favorite place to pick up a paddle, though—Concourse Athletic Club. Concourse welcomes in new players like us every day. The club started by converting a basketball court into three pickleball courts and now is turning tennis courts into eight more dedicated pickleball courts. John runs beginner clinics (like the one the Best Self team took) and plans to launch ladders and leagues, both internal and external. He also operates programs for businesses. “Pickleball is just everywhere right now,” he says, noting projections that the game will grow from 5 million to 40 million players by 2030. To learn more about how you can join the pickleball craze at Concourse Athletic Club, email John at jrebol@concourseclub.com.