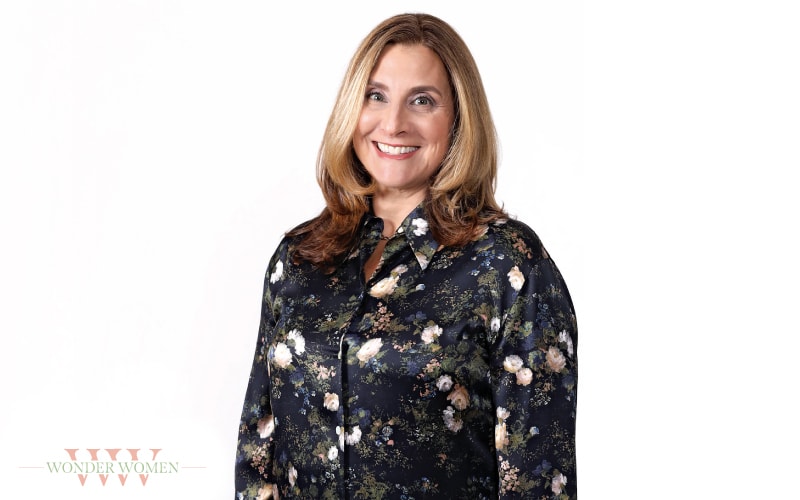 Food insecurity was already a large concern in Atlanta pre-covid,  but since the virus has struck, food pantries and non-profit organizations across the city have seen an enormous jump in requests for assistance. Andrea Jaron, Executive Director of Second Helpings Atlanta, has been hard at work collaborating with other organizations and stretching existing resources to assist the influx of families seeking food.

“I was drawn to the nonprofit world as a law student at Wayne State University,” says Andrea, who is originally from Detroit. “While volunteering for the Free Legal Aid Clinic, I realized I could apply my legal acumen and critical thinking skills in places that are committed to making the world a better place for all people.”
Andrea started with Second Helpings in September of last year, but has an extensive history in nonprofit work including positions with the Anti-Defamation League, the Weber School and Meals on Wheels Atlanta.

Normally, Second Helpings’ main goal is to reallocate (they use the term rescued) surplus food from restaurants, stadiums and other food venues to food-insecure families across the city. But by April, many of their main partners had closed their doors. The food service industry was facing massive layoffs and many of the employees of their once partners were on the verge of becoming their newest recipients. So, Andrea and her team partnered up with the Atlanta Community Food Bank and came up with a solution to address both problems—the Atlanta Community Kitchen Project.

By recruiting commercial kitchens, the program was able to put dozens of service staff back to work preparing fresh, nutritious meals and delivering them to families in need. “We increased our impact by 50% during the height of the summer because we added an entirely new program,” Andrea says proudly. “We were incredibly fortunate to have the support from dedicated partners including Atlanta Rotary Club, Mercedes Benz, State Farm Arena, Bold Catering and Proof of the Pudding.” The response has been overwhelming enough that the initiative can continue through October with the help of new and existing partnerships.

Andrea is a resident of Brookhaven and hopes to soon return to doing yoga classes in-person. “I really miss that community, and while virtual classes are wonderful, practicing with others in the same space really lifts my spirit.”