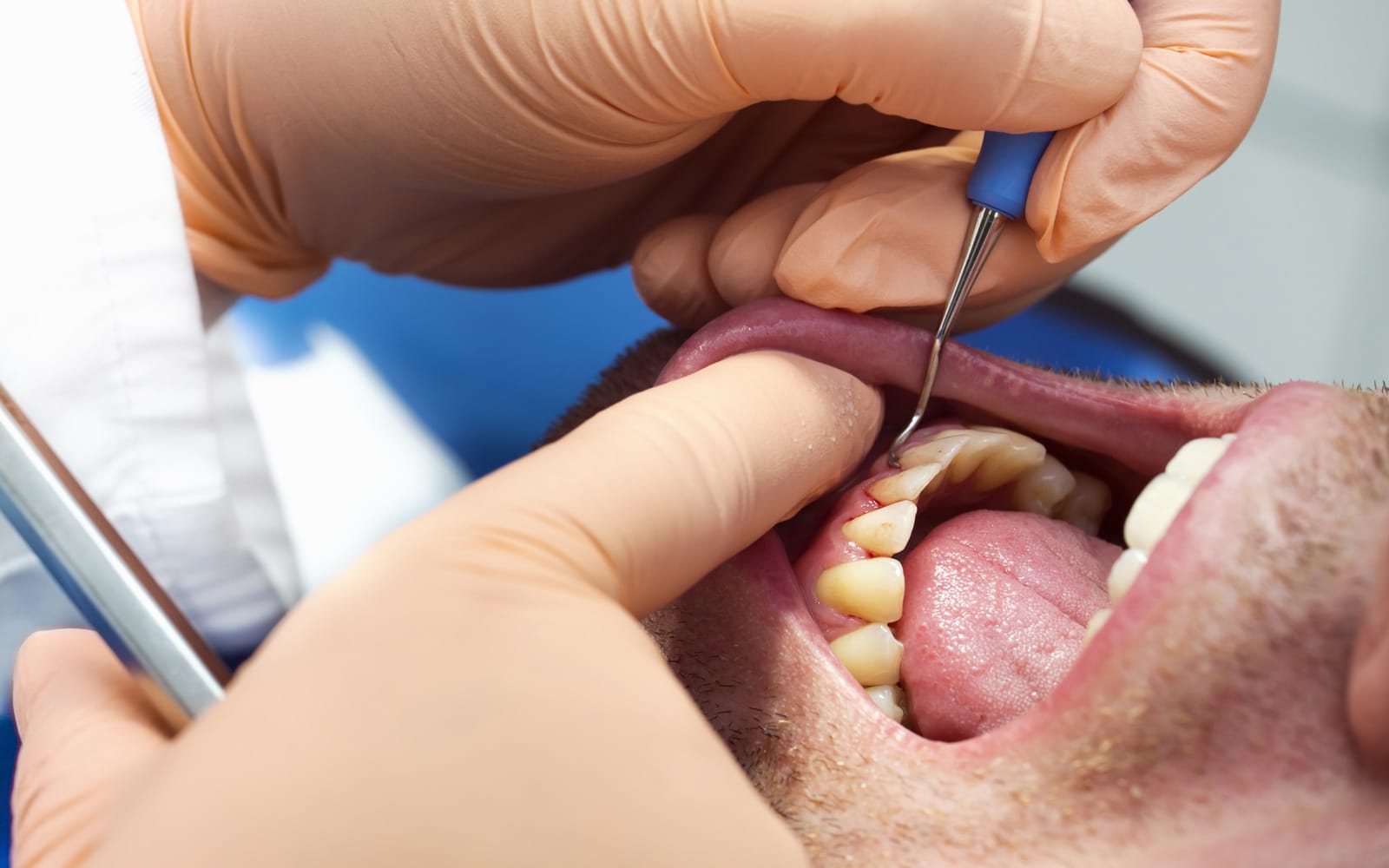 Bacterial plaque is the main factor contributing to bleeding gums. If we don’t practice good dental hygiene techniques, bacteria forms plaque around the teeth. Over time, these bacteria will result in inflamed, bleeding, and swollen gums. Bleeding and inflamed gums can also be a sign of gingivitis or periodontitis (loss of supporting bone, if left untreated, results in tooth loss).

What can I do to prevent my gums from bleeding?

• Make sure to use a soft-bristled toothbrush.

• Electric toothbrushes will help with better control of plaque (e.g. Sonicare) in some patients.

• Floss at least once per day to prevent plaque from adhering to the teeth.

• Maintain a diet that is low in sugar.

• Check your medications. Aspirin and other pain relievers can cause gums to bleed more easily.

What if I still have bleeding gums after taking these steps?

If changing your habits, diet, and medications doesn’t stop your gums from bleeding, seeing your dentist should be your next step. An X-ray of the teeth and gums may be needed to determine if more treatment or a deeper cleaning may be necessary to return your gums to health.

Dr. Kimche was born and raised in Washington, DC. As a sports fanatic, she attended Tulane University in New Orleans, LA on a basketball scholarship, where she received a Bachelor of Science in Physical Education. Dr. Kimche graduated from Indiana University School of Dentistry and completed her residency in general dentistry at Emory University. She has built her own practice in Atlanta serving over 15,000 patients since 1989.

Dr. Presley received his Bachelor of Science degree from the University of Georgia. After graduating from the Nova Southeastern University College of Dental Medicine, he continued on to complete a General Practice Residency at Columbia University/Harlem Hospital Center. He has been practicing dentistry in the Atlanta area for over 13 years. Dr. Presley is a member of the American Dental Association, the Georgia Dental Association, and the Academy of General Dentistry.

The Impact of Optimism on Men’s Health