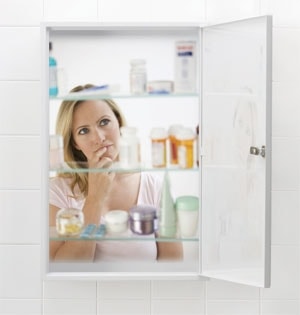 By Morgan A. McFarland

That half-empty bottle of oxycodone in the back of your medicine cabinet may be more dangerous than you think. Prescription narcotic medications play an important role in pain management after injury or surgery, but for many people, use of prescription medication doesn’t end when the injury heals. Misuse, abuse, addiction and overdose are all risks associated with access to prescription medication. Proper storage and disposal of medications, along with education on the risks and warning signs of addiction, can help prevent your medicine cabinet from becoming a gateway to drug abuse. 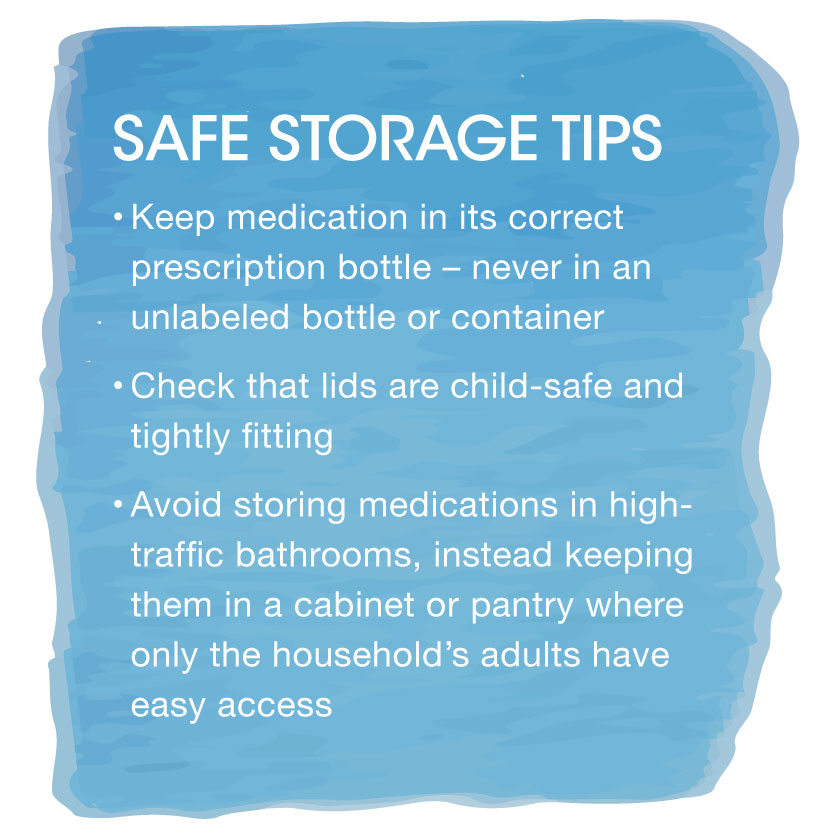 Prescription Drug Abuse
Abuse of prescription medication is more common than most people think. In fact, drug overdose (including both illegal and prescription drugs) has eclipsed car accidents as the leading cause of accidental death in the U.S. The National Institute on Drug Abuse reports that up to 20 percent of people over age 12 have used prescription drugs for reasons other than those prescribed at least once in their life. Trust for America’s Health, which compiles national public health statistics, ranks Georgia as having the 36th highest drug overdose mortality rate in the U.S., with nearly 11 people per 100,000 dying from overdose.

“Non-medical abuse of prescription drugs has continued to increase each year at least by a percentage point,” says Chris Hinds, a Licensed Clinical Social Worker in practice in Marietta for over 30 years. “According to the Substance Abuse and Mental Health Services Administration, which has the best epidemiological survey data, [in] 2013 there were at least 1.5 million young people ages 12 and older who initiated use with prescription pain relievers. It’s those prescription drugs and things in medicine cabinets that seem to, year after year, be keeping pace with cannabis and alcohol. That’s definitely a problem.”

Who’s At Risk?
While the causes for addiction vary from person to person, many prescription drug abusers share common risk factors. Men have a higher risk of developing a prescription drug abuse than women. Individuals with chronic pain, such as from an injury or neurological disorder, are at elevated risk. Genetics can also play a role; those with a history of opioid addiction in one or both parents are more likely to develop an addiction themselves. Drug addiction often occurs in conjunction with other mental health issues, and it may involve patients misusing medication prescribed for anxiety or other mental illness along with pain medications. 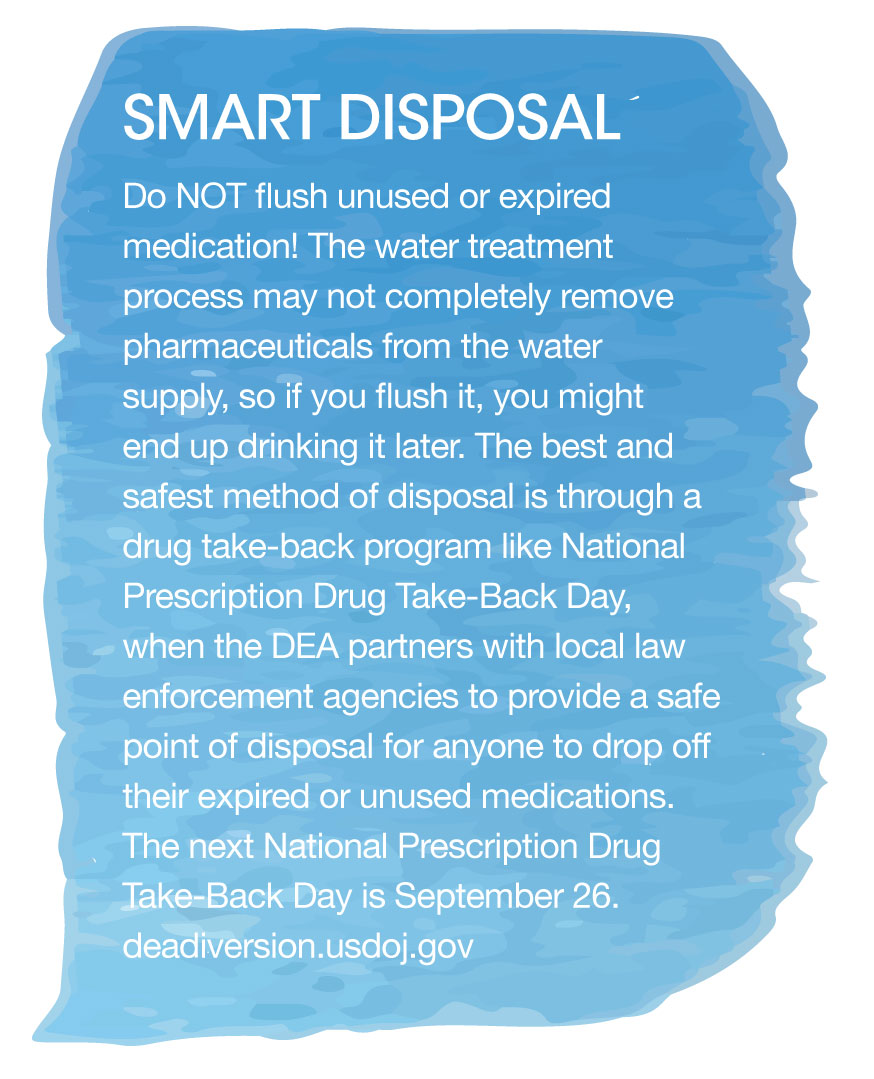 “The majority of my clients are people who have anxiety, stress or depression,” says Dr. Clarence Massie, Jr., a professor of psychology at Georgia Perimeter College and counselor at Assurance DUI School. Throughout his 15 years of experience working with substance abuse clients, he has seen that prescription drug addiction is often the result of converging events, such as a combination of injury and major stressors like job loss or relationship instability. Dr. Massie says these can lead to “abusing the drugs, taking them more frequently than recommended, then getting a second prescription when [they] don’t necessarily need it.”

Watch for the Warning Signs
Prescription drug abuse manifests through physical and psychological symptoms. Some physical warning signs of opioid use include constricted or “pinned” pupils, slurred speech, sedation or sleepiness, confusion, euphoric behavior, itching and nausea. Opiates can also cause depressed respiration, which in the event of overdose can lead to death.

Some of the psychological symptoms are just as telling, such as preoccupation with the medication or feeling panicked when medication becomes inaccessible. Crystal Bradshaw, with Synergy Counseling Innovations, gives the example of a woman who became “extremely aggressive to staff, yelling and making a huge scene in front of other clients because we would not prescribe her child ADHD meds. The child did not exhibit symptoms or signs of ADHD – we believe the mother was seeking the prescription for herself.” 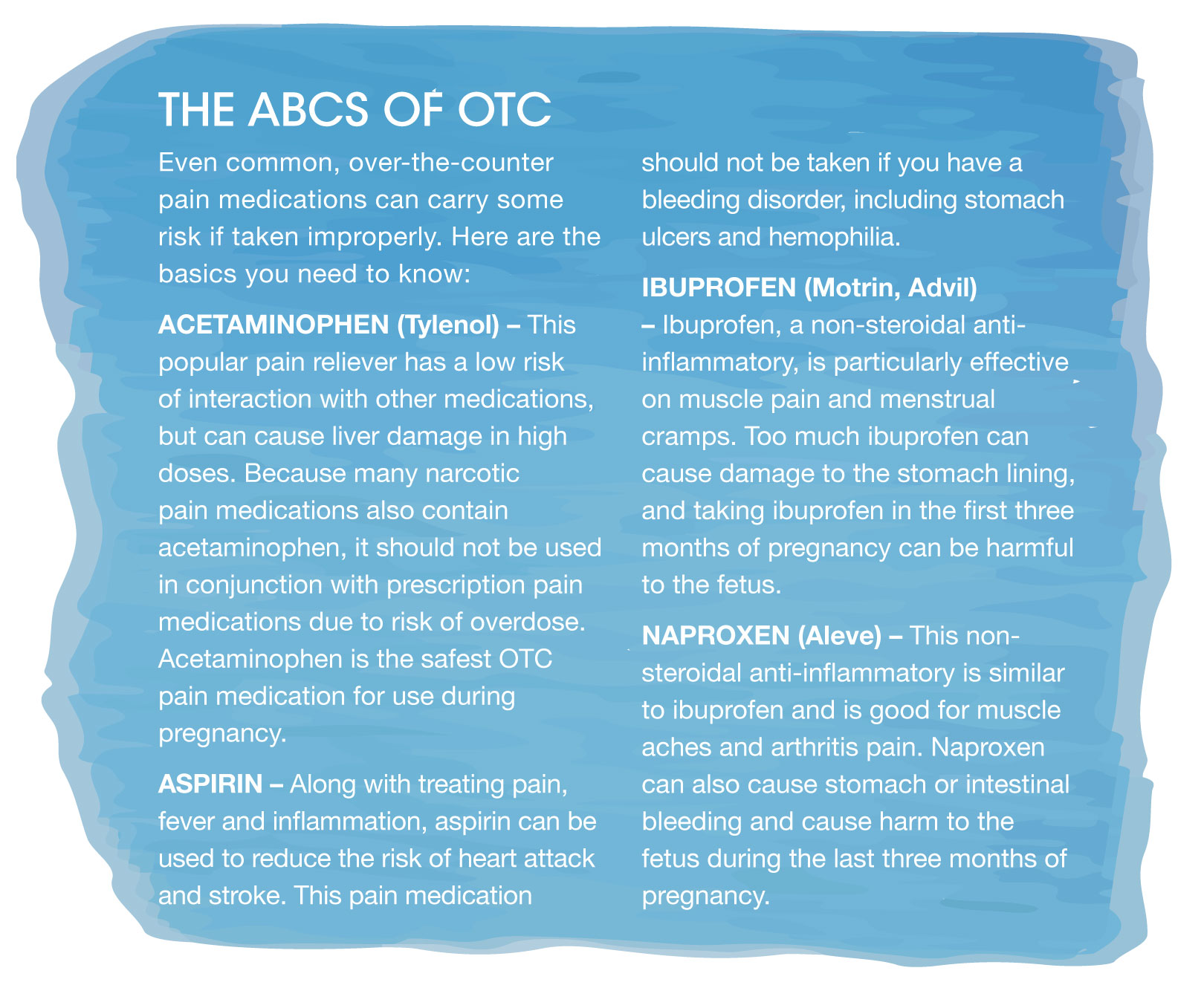 The Danger of Overdose
Prescription drug use in teens can escalate as teens develop a tolerance, sometimes transitioning to crushing and snorting or injecting oxycodone, according to Hinds. Heroin use, often as an escalation from prescription narcotic abuse, is also becoming more prevalent among Atlanta youth.
Luckily, many overdose deaths from this escalating usage can now be prevented. Governor Nathan Deal signed the Georgia 911 Medical Amnesty Law in 2014, providing legal protection to overdose victims or those seeking emergency assistance on their behalf in the event of a drug overdose. The law also offers better access to the life-saving medication naloxone (Narcan), which counteracts the effects of narcotic/opioid overdose. Georgia Overdose Prevention, a grassroots group dedicated to reducing overdose death, can help volunteers receiving training in the use of naloxone and find pharmacies that will fill prescriptions of naloxone for those with loved ones at risk of narcotic overdose.

Georgia also has an excellent program for education and prescription drug abuse prevention. The “Think About It” campaign provides additional information on safe storage of prescription medication, helps Georgians locate drug disposal or “take-back” sites and offers education for healthcare providers, law enforcement, teachers and parents through videos, pamphlets and community education seminars. These resources, and your own awareness of potential problems, can help you make your medicine cabinet and your home a safer environment for everyone.