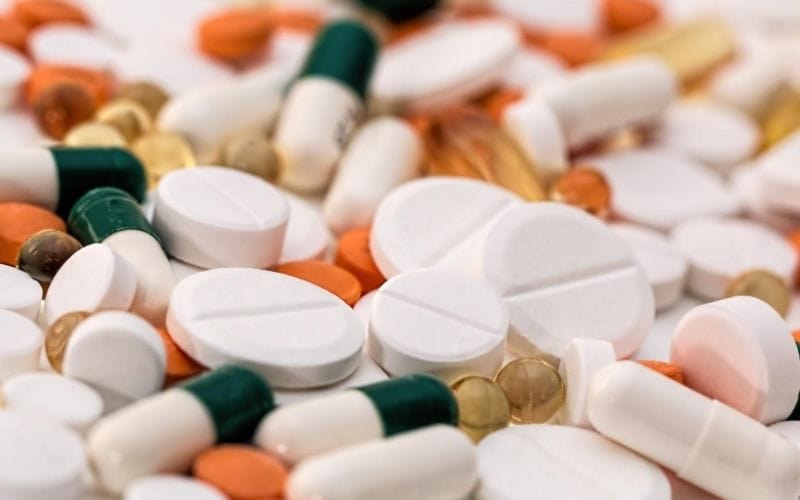 Never before have Americans taken so much medicine. According to data from the Centers for Disease Control and Prevention and the Food and Drug Administration, in 2014, over one million people took a trip to the emergency room due to adverse drug effects. About 124,000 of them died. Roughly half of those deaths could have been prevented. 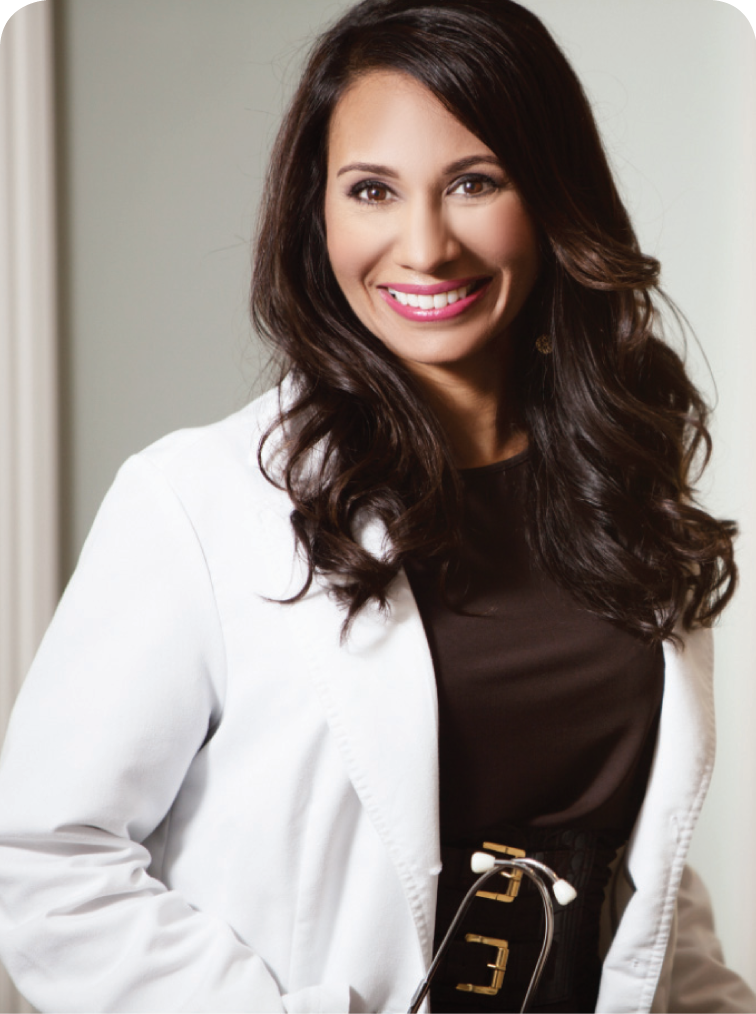 With American society so conditioned to take a pill for whatever ails us, we’ve found ourselves in the middle of a serious drug crisis. And we’re still not feeling any better. “We’re prescribing a lot more medications than we need. When it comes to pain medications, for example, we [the United States] take over 80 percent of some of the world’s opioids (like hydrocodone and oxycodone),” says Sanjay Gupta, MD, faculty neurosurgeon at The Emory Clinic and chief medical correspondent for CNN.

The good news is that there’s a shift happening right now, inspiring patients to question the prescriptions they’re given and explore other options to start taking control of their health. With the right knowledge, it’ll require our society to view medicine in a new light, one that asks doctors to combine the best of the conventional methods we’ve used to get better for years, with natural, practical options that get to the root of the issue—a harmonious alternative to help shape a healthier future … one that’s looking bright.

Why a Pill Isn’t a Panacea 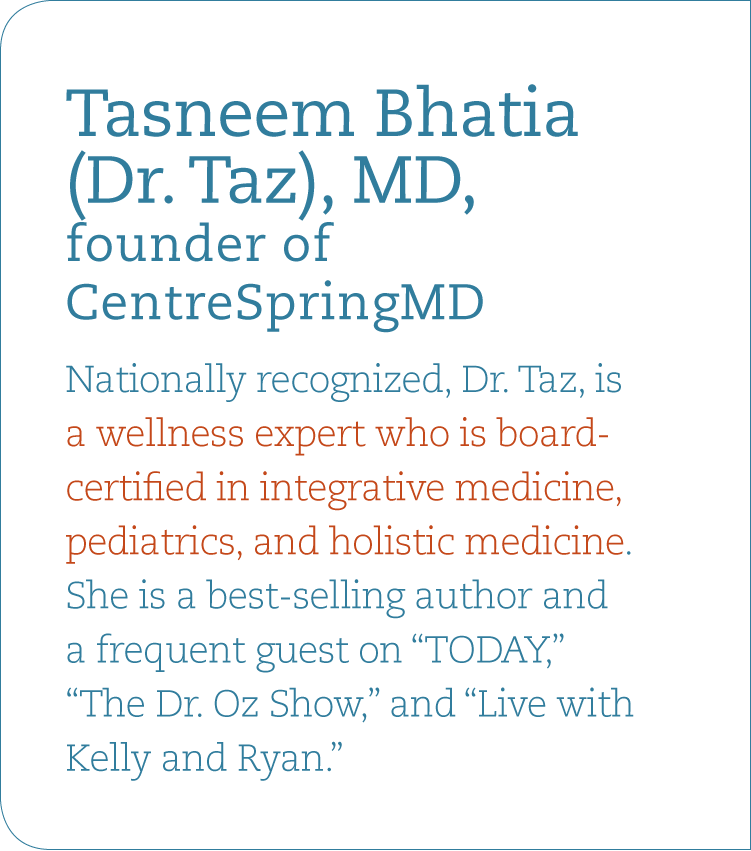 We take a lot of medicine. There’s a pill for aches and pains, high cholesterol, diabetes, you name it; but it’s not enough anymore, as the risks include addiction, vitamin deficiencies, and the obvious fact that we’re simply masking what may actually be wrong with our body. Especially for aging patients, the habit is starting to catch up.

In many cases—infections, heart attacks, a stroke, e.g.,—it’s warranted, but when 4,468,929,929 prescriptions were filled by Americans in 2016, the necessity gets a little thin.

“Doctors, unfortunately, have a limited amount of time to spend with their patients, so their answer to any ailment is to prescribe a medication,” says Dana Neacsu, MD, owner of Medical Creations Integrative Medicine in Sandy Springs. “Not only should you try to understand why you are prescribed a drug but also question the use, especially when it is not accompanied by lifestyle changes meant to address the underlying cause.” 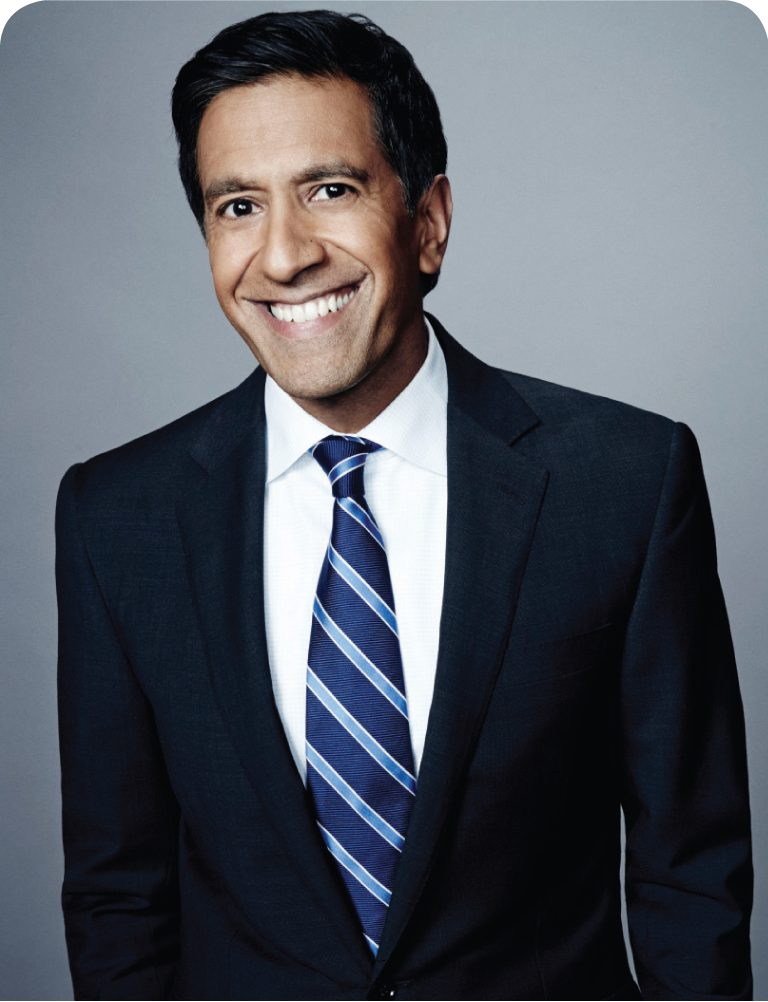 Other questions to ask your healthcare provider include asking if the drug is known to cause major adverse reactions, if you’ve been on a medication for too long, if adding another prescription is too many, and if what you’re taking puts you in danger of a negative drug interaction.

“We question our kids’ schools, we want to know about our grocery stores and things around our lives. We should be treating our body and the things we put into it the same way,” says Gupta.

Honing in on Your Healthcare Options

Knowing you can potentially say no to most medications, you can start exploring the other options that exist. And the best alternative isn’t cold turkey. In fact, something called integrative medicine takes the best from both worlds to provide patients the best possible outcome.

Tasneem Bhatia (Dr. Taz), MD, founder of CentreSpringMD, explains the growing popularity of this approach. “Patients want more from their healthcare providers in terms of time and substance and functional medicine fills that void and provides solutions that are not always pharmaceutical based.” Integrated medicine combines state-of-the-art conventional medical treatments, like medications, surgeries, etc. with other, natural therapies like acupuncture, energy healing

techniques, supplement protocols, lifestyle changes, etc. that are carefully selected and shown to be safe and effective. Blending conventional and alternative medicines also utilizes medical technology, but uses the results to create a personalized approach for each patient, a plan based in techniques and choices that appeal to them and work for their lifestyle and personality.

“Integrative medicine is not antimedication, but rather opposed to just Band-Aiding a symptom with drugs. It focuses on the whole human being—the body, mind, spirit and involvement in the community,” says Neacsu. In addition, alternative medicine practices can be cheaper for patients, and can prevent significant (read: expensive), chronic diseases in the future. Gupta says, “The fact that we can actually do things that don’t require medications, that don’t require procedures to improve our health, they’re just based on our own knowledge of our body and our own holistic approach to our body can not only make a difference—it can make a huge difference.”

“I usually tell this story about one of my patients—a lovely lady in her mid-60s who came to see me searching for a hormone replacement protocol because she was tired, and lots of her girlfriends were on hormone replacement therapy,” says Neacsu. “She felt like that was the answer. I sat down with her and we talked about everything going on and it was clear to me from the beginning that this was more than just a hormonal imbalance. In fact, I told her we are going to start with a very conventional approach, testing her hemoglobin levels.” 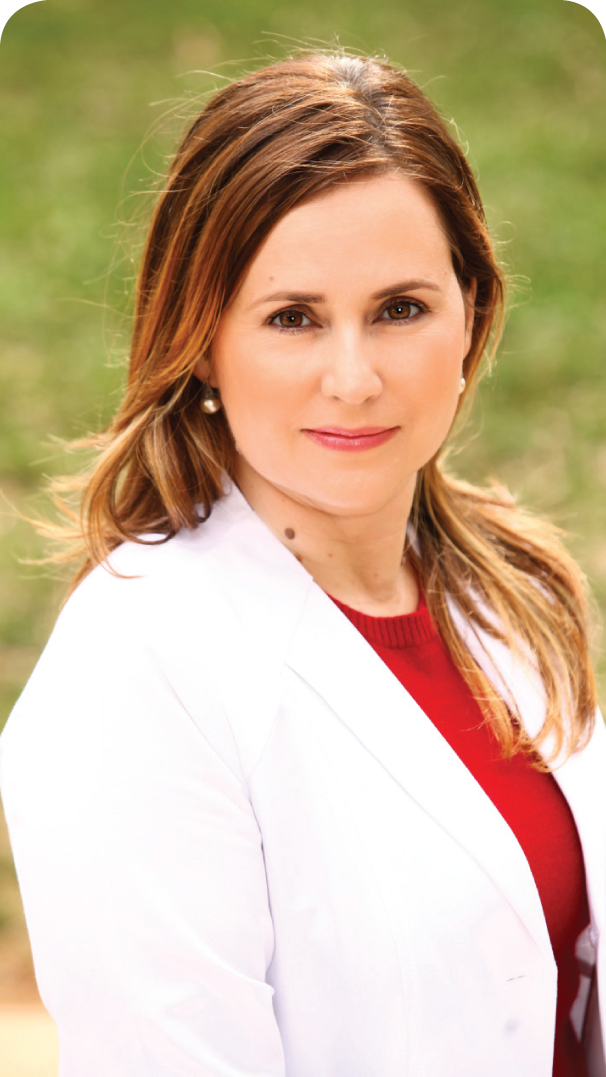 The short story was a diagnosis of iron deficiency anemia, which worried Neacsu, because at this age that usually indicates something else is wrong.

“I picked up the phone and called her primary doctor who quickly arranged further testing, which showed she had a huge polyp in her stomach and she was losing blood from that,” she says. “This was quickly taken care of by a gastroenterologist, and luckily was benign. She came back to me soon after the surgery and we worked together on finding the right supplements for her body, including iron. We worked on balancing her hormonal and adrenal glands, which were taxed after all of these events. We tested her for [other] vitamin deficiencies and discovered some additional problems and we fixed those too.”

Neacsu says that together, they are working on preventing other problems like cholesterol imbalance and memory decline from occurring in the future. Today, her patient is doing great and this is still one of Neacsu’s favorite stories, because in her opinion, it’s the best example of what medicine should be like in this era. 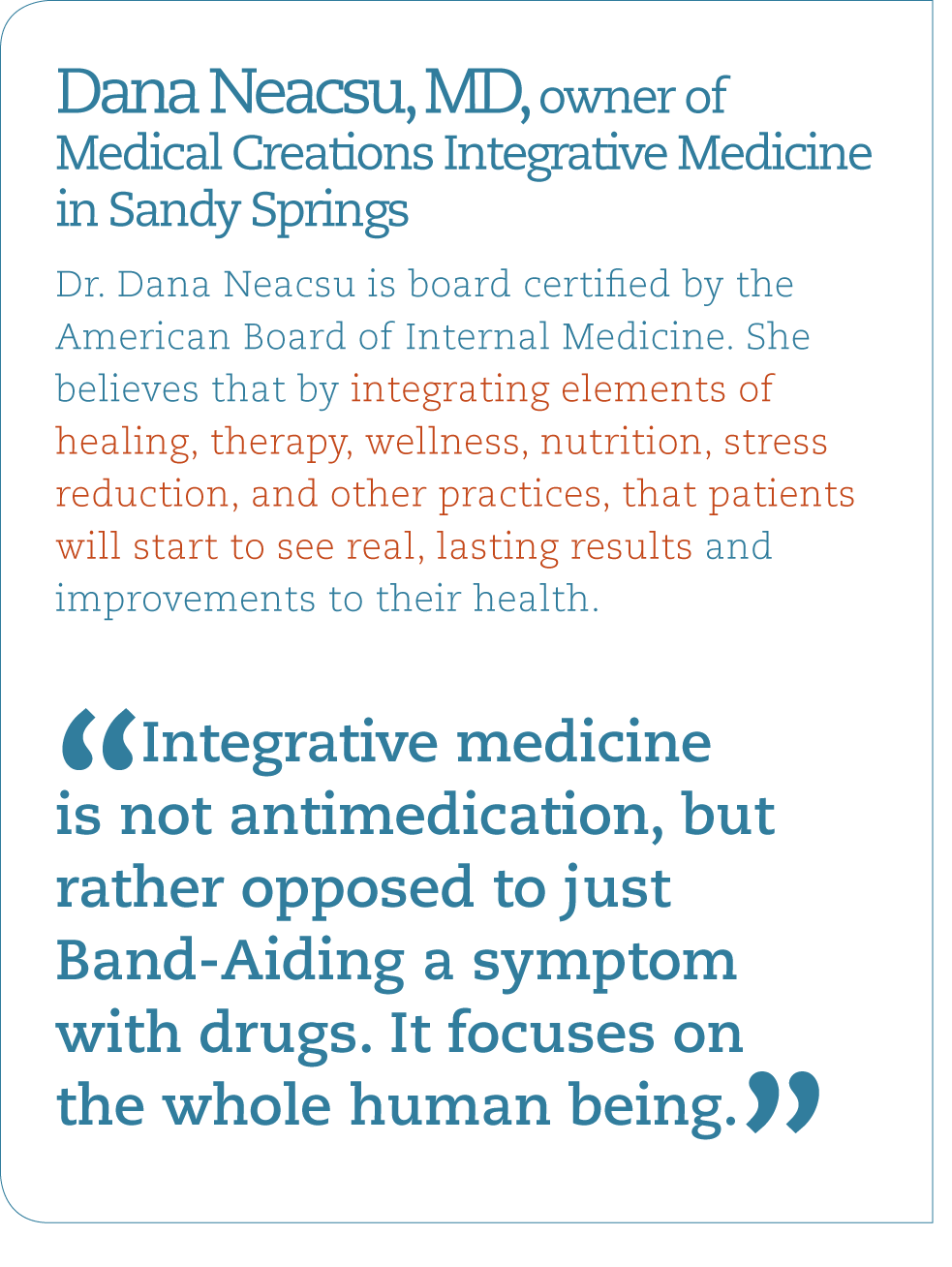 in their own hands, Gupta says this, “I am one of these doctors who thinks that ultimately, the patient is in charge. The patient is empowered. Nothing that I do is going to work unless the patient actually wants to make these changes themselves.” He adds, “A majority, of chronic disease in this country is lifestyle induced. We know that relatively simple changes that don’t require you to turn your world upside down can make a huge difference. We often think of the good lifestyle changes such as eating right, exercising, getting enough rest as things that will help you in the future, but the reality is that those things can not only improve your health, but make you feel better right now.”

Neacsu notes, “Every patient needs to understand how addressing lifestyle changes will lead to a more sustainable result, although it will not be as quick as with pills. There are so many excuses, but the truth is by not taking care of the current health issue now, one will eventually end up in a worse situation.” 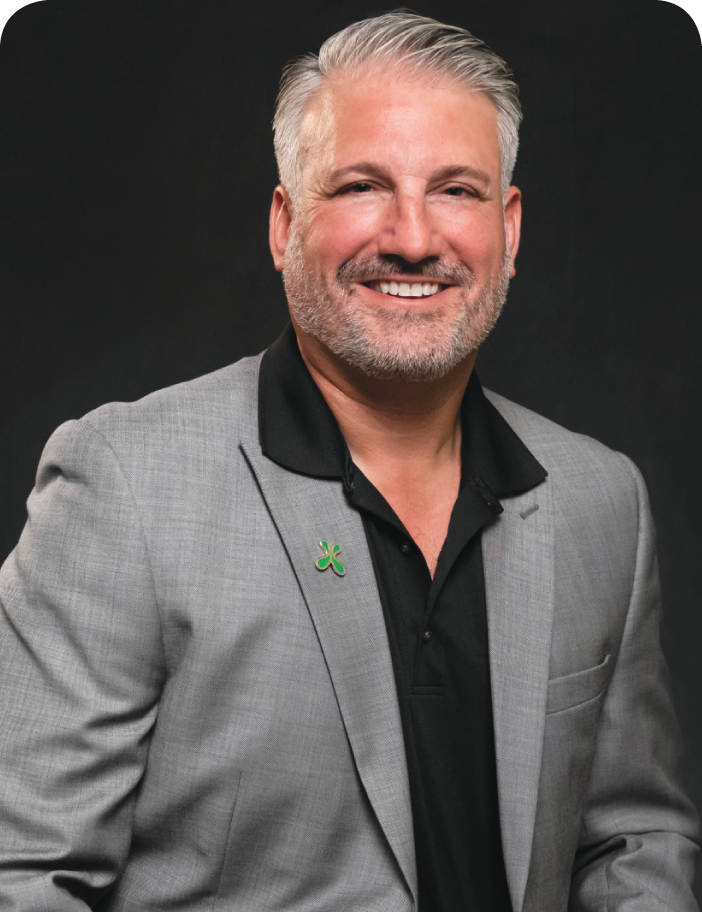 She reminds patients, “See it as an investment and an education, probably the most important investment of your life.”

Craig Fabel, president of Green Roads, a company that manufactures and distributes products made with cannabidiol (CBD) as a natural alternative to pharmaceuticals is excited about what he is hearing from their customers. He says, “Over the last 10 years in the U.S., there has been a growing epidemic of abuse and overdoses involving opioid painkillers. Growing sources of research are confirming CBD as an effective natural alternative to prescription painkillers.” 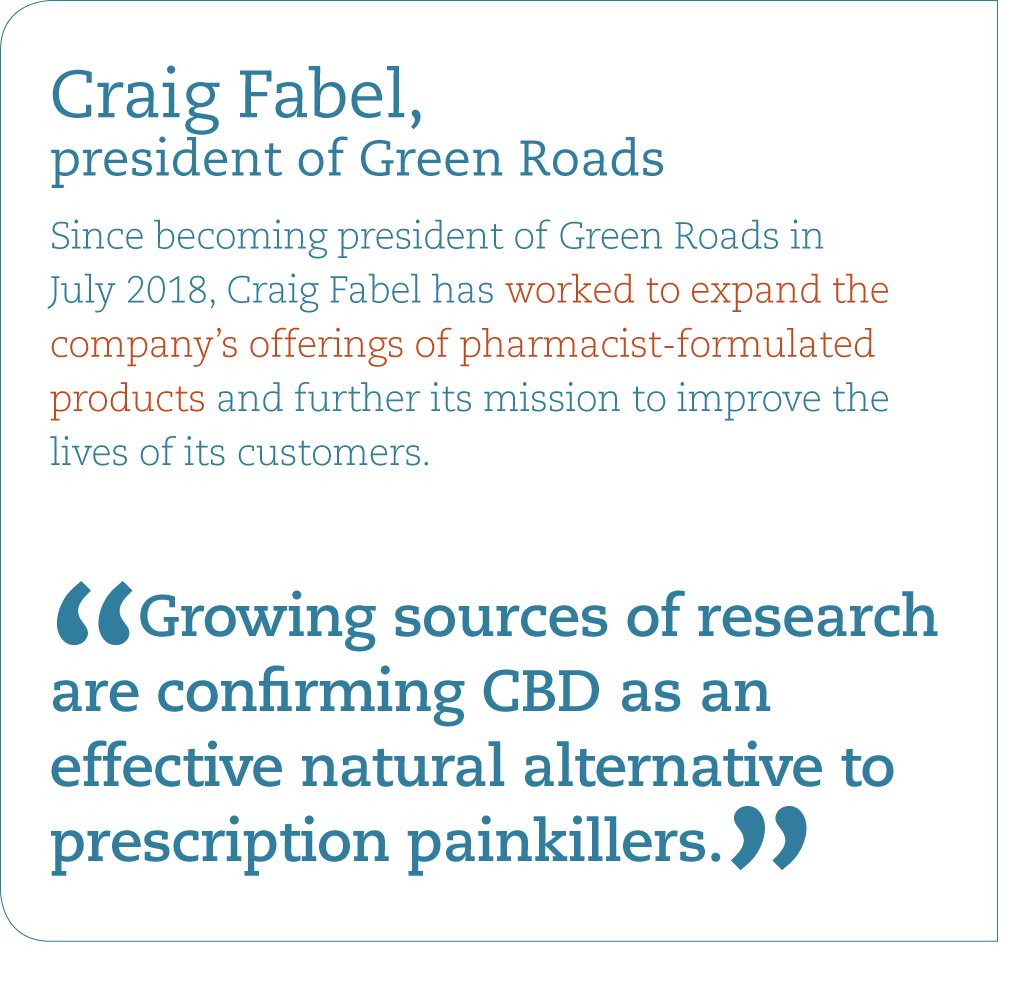 “When someone is addicted to opioids, there are measurable changes that have occurred in their brain, the parts of their brain that are responsible for judgment, for learning, and for memory have been affected by that and that’s part of what makes it a brain disease,” says Gupta. “We know that CBD actually crosses the blood-brain barrier and can help heal those parts of the brain that have been damaged by opioids.”

It also helps relieve opioid withdrawal symptoms and it’s cutting down on the number of opioids people consume, because they’re taking medical marijuana for their pain instead. Less opioids means less opioid prescriptions and fewer overdose deaths—a significant fact when tens of thousands of people die every year from opioid overdose in the U.S.

Changing the CBD Perception to End the Opioid Crisis

Fabel, whose Green RoadsFamily Program supports over 100 families through product sponsorship and various nonprofits says, “It is inspiring every day to come to work and hear stories of relief, from children with epilepsy to veterans suffering from post-traumatic stress disorder.”

“The biggest misconception about medical marijuana is that [people] don’t think of it as a medicine,” says Gupta. “They think of it as just a substance that you have to smoke to get high. It’s important to know that it’s a nonpsychoactive substance and you don’t have to inhale it. It does have medicinal properties and we know that not only can it work as a medicine, but it can work oftentimes when nothing else has.”

Green Roads has taken a leadership role in the industry by supporting research and development, to improve products and gain consistent results for customers. They are partnering with well-respected academic institutions to work with legislation to protect consumers from poor quality products in the marketplace.

“I have the opportunity to be part of something bigger than all of us, to change lives and enable positive change across the world,” says Fabel. “Every day at Green Roads we get to help people live longer, stronger, better, healthier lives and we are doing it the right way, the safe way.”