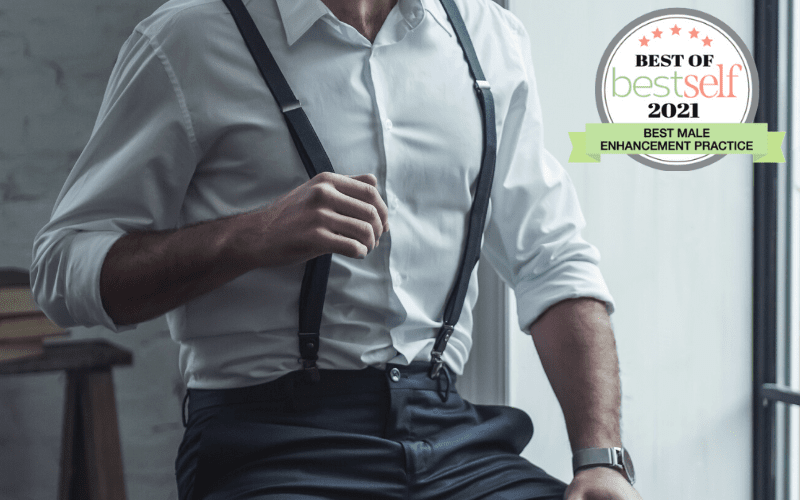 How Long Does It Take For HRT To Start Working?

Breast augmentation has been around since the ’50s, and women are generally open about talking about the procedure. Men, on the other hand, are typically hesitant to discuss certain cosmetic procedures, particularly penile enlargement and what they perceive as their shortcomings in that area. Thanks to Prometheus by Dr. Malik, men can enjoy the benefits of male enhancement by discreetly and permanently enhancing the girth of their penile shaft, glans and/or scrotum through a revolutionary new nonsurgical technique involving collagen-layering dermal filler injections.

“Girth is a game-changer,” says Dr. Farhan Malik, the head of Atlanta’s premier male enhancement practice. “90% of lovers say girth is more important than length when it comes to sexual pleasure. It intensifies the pleasure. When someone has more girth, it helps stimulate the clitoris during intercourse.”

Another bonus noted by Dr. Malik is that because of the extra girth, men also gain extra length when the penis is flaccid because it’s heavier and hangs lower. Some men have also reported experiencing extra sensation.

But the primary benefit of the procedure for most men is simply sexual confidence. “It’s like going from a Cadillac to a Ferrari,” says Dr. Malik. “Sexual confidence carries through life in other ways as well. It gives them a feeling of presence, power and prestige. When men have this done, it makes them feel more masculine and virile.”

What exactly is this new male enhancement technique you’re performing?

It’s a male enhancement augmentation (MEA) done using a cutting-edge, minimally invasive collagen-layering technique. Only a handful of doctors in the country perform this procedure. We’re one of only five or six practitioners in the country, and the only one who does it in the Southeast. We’re also the second largest practice performing it in the U.S.