Do you ever find yourself awake in the middle of the night, counting sheep, and trying not to think about how restless your legs feel? Or, while working long hours at your desk, are your legs begging you to get up and move around? Restless legs syndrome (RLS) is a neurological disorder that affects 10% of adults in the U.S. and is a potentially debilitating sleep disorder that should not be ignored. 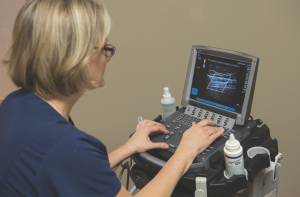 After 16 years of studying and treating legs at VeinInnovations, we have found that many of our patients complain of restless legs at night. They describe sleepless nights caused by a tingling or crawling underneath the skin that makes them feel the urge to move their legs, or even cause them to jerk uncontrollably. Some patients also complain that they experience these symptoms throughout the day when they’ve been seated for long periods of time. Moreover, many patients come to us because they have been diagnosed with RLS and their medications are not working for them. Having an ultrasound can determine whether or not their RLS symptoms are being caused by vein disease.

“The ultrasound examination is a definitive way to rule out significant venous disease. If we rule out vein disease, then we can refer the patient out for neurological treatment of RLS. We know that the causes of restless legs can be neurological, however these symptoms mimic vein disease so we better not automatically assume the symptoms are being brought on by one or the other. On the other hand, if restless legs are based on venous disease, we have seen dramatic resolution of restless legs through vein treatment procedures,” says Darrell Caudill, Medical Director of VeinInnovations.

Venous disease is treated using minimally invasive vein procedures done in a doctor’s office setting that help diseased or malfunctioning veins redirect blood into other veins for improved circulation. Many patients not only experience improvement of their RLS symptoms, but also many other symptoms caused by damaged veins. Some patients who have symptoms similar to those with restless legs syndrome are pleasantly surprised when they get their first good night of sleep post treatment. Better yet, when there is a positive ultrasound for vein disease along with one or more symptoms, about 90% of these vein treatment procedures are covered by insurance.

The ultrasound guides our treatment and is an effective diagnostic tool, whether the patient is suffering from varicose veins, swollen ankles, skin changes on the legs, restless legs at night or leg cramps. If you’ve had an ultrasound and vein disease was ruled out, restless legs could be caused by a myriad of other things such as central nervous system abnormalities, neurological abnormalities in the spine or brain, cortisol or iron deficiency, family history, medications, or caffeine. However, if you suffer from any RLS-like symptoms, or just tired, heavy legs, call VeinInnovations and make an appointment for an ultrasound to be performed by one of our registered vascular technologists to determine whether you may be suffering from treatable venous disease.

The Impact of Optimism on Men’s Health