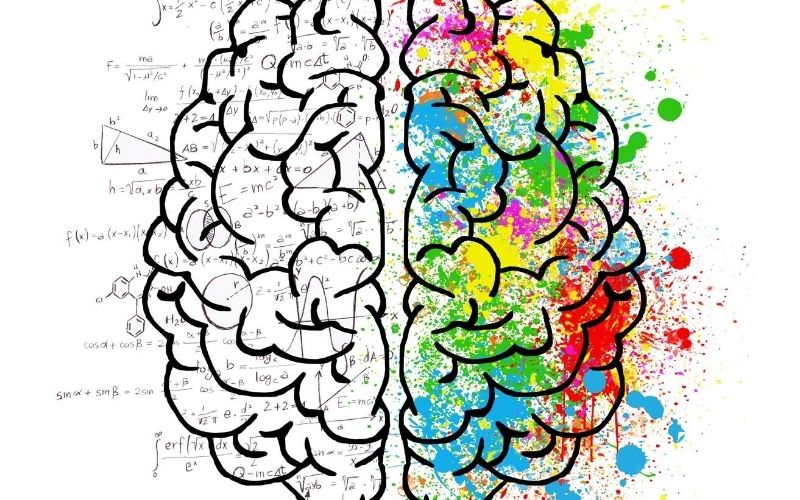 Sharp as a tack. On the ball. Quick on the uptake. That’s how we all want to be described as we age, right? We want to be seen as able, perceptive, rational and quick-witted. We want our mind to function as well at 80 as it did when we were 20. Unfortunately, we all know that this won’t be the case. That’s because, as the years go by, we will face changes in the way our bodies work—particularly our brains.

“We can all see the external changes to our bodies as we age, but it is important to remember that the organs inside our bodies age as well,” explains Lisa Billars, MD, chief of neurology and sleep medicine for Kaiser Permanente of Georgia. “The aging process affects the way our organs function. And the brain undergoes both structural and chemical alterations as a normal part of aging.”

Of course, according to Jim Robinson, MD, a neurosurgeon specializing in brain- and skull-based tumor surgery and other brain micro and endoscopic surgery at Brain Expert, PC, the speed at which these changes happen and the amount of brain degradation that occurs over time is highly variable from individual to individual. While some cognitive deterioration in normal, healthy individuals is expected, people actually have a certain amount of power over how things play out. By understanding what is happening to your brain throughout the decades and recognizing what you can do to help slow that process, you can take control of your brain health beginning at a young age.

“By the age of 30, the brain has completed myelination, which means that it is fully developed,” Billars notes. It’s a major milestone for your body, yet it also is the beginning of another process that can have major consequences down the road. She continues, “In our mid-30s, we begin the slow process of neuronal loss—the gradual loss of brain cells.”

It’s not time to panic, though. “A popular concept that exists suggests that around the age of 30 or 40, our brains begin to lose approximately 10,000 brain cells per day. However, modern science is debunking much of this claim,” says Robert E. Ayer, MD, a board-certified neurosurgeon with Gwinnett Medical Center. Not only is that number inaccurate, but there are also other processes that may play an equal role in the health of your brain. For instance, Billars reveals that in your 40s and 50s, a gradual process of atrophy, or shrinking, occurs in the brain, impacting the way that your brain cells, or neurons, communicate with each other. “The result is less efficient communication between brain regions,” she states.

And according to Ayer, “[Another] model suggests that our neurons start out with many connections to the surrounding neurons, like a tree with many branches. Over the course of our lives, some of the connections—or branches, so to speak—go away. Some of this cell death is programmed and seemingly irreversible. In other instances, it seems that the neuronal connections that are not frequently used get disposed. The human body is always trying to be efficient, and neurons require a lot of energy to maintain. Therefore, it appears that the brain has a tendency to drop the neurons that it’s not using.”

Finally, through the aging process, the brain is exposed to oxidative stress. “Oxidation is a chemical process that occurs as part of normal cell metabolism, but it happens more frequently when our cells are under strain or have been damaged,”

Billars reveals. “The chemicals produced by oxidation are commonly known as free radicals. These compounds damage neuronal DNA, which is a known   contributor to the changes associated with aging, including cognitive decline.”
So what do all of the simultaneous processes actually do to you? “Rote knowledge is knowledge that is structural in the brain. It’s a concrete structural intelligence, such as vocabulary, facts about people we know well, and the tasks we do every day. It’s experiential, it has been reinforced multiple times and becomes easier to recall,” Robinson remarks. “Fluid intelligence, like solving a math problem, figuring out a puzzle or working through something creative, requires a different set of tasks within the brain, solving problems and laying down new memories. Once these new memories or processes are reinforced multiple times, they will shift to rote memory. Fluid intelligence functions are more likely to deteriorate.”

From short-term memory to reasoning to dealing with unfamiliar subjects, the examples of functional loss can vary based on your age and overall health. And while many of these symptoms won’t appear until your 60s or beyond (unless you experience more excessive brain deterioration before the age of 60), there are efforts you can make as early as your 30s to begin combating the pervasiveness and severity of aging on your brain.

“When we’re young, we don’t worry about anything. But when you hit 30, you realize that you are getting older and start to become aware of it. You start to be a little more careful about what you do,” Robinson says. And this can be a very good thing when it comes to your brain health.

Robinson adds, “Much of what you can do to preserve your overall brain health is behavioral.” And there are several specific areas on which you can focus your attention to keep your brain in tip-top shape as you age. Ayer notes, “The same things that keep your body healthy will keep your brain healthy.”

Improve Your Diet and Nutrition

“Several studies have shown that a diet rich in vegetables, fruits, whole grains, fish and omega-3 fatty acids promotes brain health,” Billars states. What’s more, increasing your consumption of fruits and vegetables that are known to contain antioxidants, such as berries and leafy greens, can help reverse the damage from oxidation.

And as Robinson reveals, supplements can be beneficial as well. “A study from Harvard in 2012 showed that one of the vitamin supplements that statistically can benefit with cognition is vitamin E, otherwise they did not find other dietary changes or supplements to be of clear benefit,” he says. Additional vitamins to consider are the family of B vitamins, folic acid, and vitamin C.

With oxidation playing such an important role in your brain’s health, it’s important to remove as much stress from your life as possible to keep free radicals at bay. Billars recommends exercise, meditation and counseling when necessary to help you improve your coping skills and ultimately reduce oxidative stress.

There are so many reasons to quit smoking, and maintaining your cognitive function is a key one. “Smoking is a huge oxidative stress,” Robinson says. “On metal, oxidation is rust. In your body, it causes damage to cell membranes. This affects all the cells in your body causing premature aging of the cells.” It also causes the production of free radicals, which can cause brain health decline.

Exercising your brain may be one of the most critical things you can do to protect your cognitive health. “Introducing novel stimuli to your brain is very important,” Billars says. “Whether it’s learning a new game or sport, traveling or meeting new people through a social group, those activities cause the brain to create new pathways, which is a powerful antiaging strategy.”

Ayer agrees, stating, “Engaging the brain in intellectual and new activities can combat the changes associated with aging. This is particularly true of learning new things. With repetition of the new challenge, the brain recruits new regions of the brain to participate in the activity. This strategy can be used to maintain cognition during a person’s lifetime.”

Robinson recommends enlisting intellectually engaging activities like puzzles, sudoku, reading, card games, and even playing musical instruments, as well as traveling, socializing with friends and family, and attending concerts and art exhibits. Learning new things is important and helpful. Consider taking a class, or learning a new language or instrument. Additionally, some of today’s popular smartphone and tablet apps can be helpful in this area. “While there’s nothing magical about reading on an iPad, you can use the technology as a vehicle to exercise your mind on your own,” he continues. “There are a number of online resources that provide intellectual challenge, and the technology can offer some structure to mental tasks and problem solving while allowing you to mix it up.”

Could It Be Alzheimer’s Disease or Dementia?

Anytime you have memory issues, it’s not unusual to be concerned about being diagnosed with Alzheimer’s disease or dementia, especially if there is a history of it in your family. However, it’s important to recognize that the cognitive decline associated with normal aging is not the result of the same process that occurs with these now common disorders.

“In normal aging, brain cells simply become less efficient,” Billars remarks. “Alzheimer’s disease is related to the production and buildup of abnormal proteins in neurons that ‘jam up’ the communication between those neurons by forming ‘plaques’ and ‘tangles.’”

Fortunately, some of the same activities that keep a normally aging brain healthy can help in the prevention of Alzheimer’s and dementia, from eating healthy and exercising to enjoying brain-boosting activities on your own or in social settings. In any case, the key is to keep your mind active as often and as long as possible to maintain its function.

The Future is Bright

According to the experts, research continues to identify the genetic markers and understand the influence that age has on brain deterioration as you get older. There is a great deal of potential for discoveries in this area of study, and the results could have huge benefits. For now, though, we all have to stick with the basics to keep our brains as healthy as possible for as long as we can.

“There’s no magic bullet,” Robinson concludes. “From childhood and all through school and college, we’re learning new things all the time, which is so important. We’re exercising our brains with the tasks we do every day, and we’re stretching by learning new things. But that changes. So now it’s about lifestyle choices. If you’re living a healthy lifestyle and staying intellectually stimulated, then you’re already there.