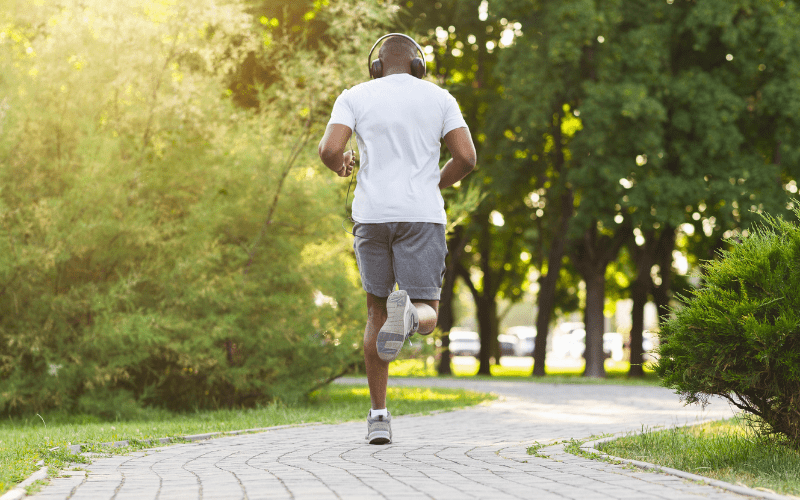 Men’s Mental Health: Open Up and Find Solutions That Work for You

When it comes to the longevity of men’s health, there’s no getting around it, the numbers are bleak. According to Harvard Health Publishing, women live an average of five years longer than men in the U.S. While there isn’t much that can be done about that Y chromosome, advancements in modern medicine and a slew of health information can empower you to take your lifespan into your own hands as much as possible. Here, we’ve listed the top 10 causes of death among men according to the Centers for Disease Control and Prevention’s (CDC) reports. Plus, we provide tips to live longer, and we break down symptoms you should never ignore.

When it comes to heart disease, the most important thing cardiologist Tara Hrobowski, M.D., advises is being an engaged patient and knowing your numbers for blood pressure, blood sugar, cholesterol and weight. Aim for blood pressure less than 130/80, get 30 to 40 minutes of exercise four to five days a week, and limit sweet treats and saturated fats.

Lung, prostate and colorectal cancer are the leading causes of cancer death in men, according to the CDC. Smokers are the most likely to die from lung cancer, but those who have never smoked are still at risk. Because lung cancer often doesn’t show symptoms until it is advanced, it is of the utmost importance to see a doctor if you begin to cough up blood or experience chest pain that is more intense when breathing, coughing or laughing. Also, beware of a new onset of wheezing, hoarseness, or bronchitis or pneumonia that doesn’t go away or recurs. The American Cancer Society recommends people with average colorectal cancer risk begin screening at age 45. Screenings are the most important way to prevent colon and rectal cancer. You can lower your risk by sustaining a healthy weight, exercising often, understanding your family history and paying attention to symptoms. Beware of changes in stool, cramping or abdominal pain, and weakness and fatigue, advises Richard C. Wender, M.D., who previously served as the chief cancer control officer for the American Cancer Society.

Risky behavior is just that, risky — and men are often more likely to die because of it. “Men 35 to 44 are nearly three times more likely to die in a motor vehicle crash than women,” says Andrea Stevenson, senior vice president and chief clinical officer of Visiting Nurse Health System/Hospice Atlanta. Men 45 to 64 face a new threat that is on the rise: drug overdose. For older men, declining health and a loss of mobility, flexibility and independence can lead to serious falls. Make responsible behavior a lifelong habit. Wear your seat belt. Don’t eat, drink or text while driving. Ask questions about prescription drugs and understand how they work. Pay attention to your surroundings and remove hazards that can cause falls, if possible.

Because the lungs work with so many other organs in the body, deciphering their symptoms can be tricky. Common ones to keep an eye on include shortness of breath that is out of proportion to the level of exertion, coughing, wheezing, chest pain, lightheadedness and leg swelling, says Juan Israel Gaitan, M.D., pulmonologist and intensivist with Piedmont Fayette Hospital. Keep your lungs healthy by avoiding cigarette smoke, air pollution, chemicals, maintaining the health of your teeth, and getting recommended vaccines and regular checkups.

“Research has shown that men are at a higher risk of developing Type 2 diabetes than women due to differences in insulin sensitivity and regional fat deposition,” says Tasneem Bhatia, M.D., of CentreSpringMD. Cut back on high-fat dairy products and fried foods. Take note of unexplained weight loss — it isn’t always a good thing. Susan Chapman, licensed dietitian and clinical nutrition manager at Piedmont Atlanta Hospital, reveals that unexplained weight loss, increased thirst and frequent urination could be ways the body is trying to normalize blood sugar levels due to diabetes. A combination of these symptoms with blurred vision are signals it’s time to make an appointment with a doctor. Chapman also notes, “The vast majority of people will experience no symptoms at all. That is what is so scary and why there are so many people walking around undiagnosed with the more common form of diabetes, Type 2. For the rarer Type 1 diabetes mellitus (DM), those patients always experience the classic signs.”

“Scientists are beginning to identify links to issues that can potentially increase the risk of developing Alzheimer’s, such as conditions that damage the heart and blood vessels like high blood pressure, diabetes, stroke and high cholesterol,” explains Bhatia. She goes on to note, “Autopsy studies show that as many as 80% of Alzheimer’s patients also had cardiovascular disease.” On the upside, there is evidence that exercise and a Mediterranean diet can decrease risk.

According to psychiatrist Andro Giorgadze, M.D., “Women attempt [suicide] more often, but men complete suicide more often.” In addition, feeling low, loss of interest in something you once loved, fatigue, insomnia and a general decrease in activities for more than two weeks are hallmark signs of depression, he says. If you notice these signs, take action and let someone know — don’t suffer in silence.

While influenza might make you feel like you’ve been hit by a truck, it can usually be resolved on its own or with antiviral medication, says Peter R. Jungblut, M.D., MBA, of WellStar Medical Group. Take everyday precautions like washing your hands and avoid touching your eyes, nose and throat to diminish contact with germs.

An estimated three million people in the U.S. have chronic hepatitis C, one of the main causes of chronic liver disease, otherwise known as cirrhosis. Because of its role in chronic liver disease, the CDC recommends that baby boomers born between 1945 and 1965 talk with their doctors about screening for hepatitis C. It’s the ongoing fibrosis (creation of scar tissue) of the liver that eventually affects the liver’s ability to function normally. In the early stages, there may be no symptoms at all. Certain lab abnormalities might be apparent on routine testing, or at least suggestive of the need for further investigation, explains Jungblut.

Looking to get on the path to a healthier life? Check out our Men’s Health Checklist here.

Scott D. Miller, M.D., MBA, a urologist at Wellstar, is co-chair of the Georgia Prostate Cancer Roundtable, in partnership with the Georgia Department of Health. Here, he shares lifesaving information about what’s new in the fight against prostate cancer.

BRCA Testing Could Be Lifesaving

Although the BRCA gene has been linked to both breast and prostate cancers, research suggests anyone with a high risk of prostate cancer should undergo genetic testing. If they have the BRCA gene, their male and female first-degree relatives should be tested, too. This could save lives from either prostate or breast cancer.

MRI Scan With a New Twist

An MRI scan of the prostate not only shows the detailed structure of this deeply situated organ, it can now also measure the behavior of cancer tissue within the prostate. This information allows a physician to target specific areas for biopsy or tailored treatments. “Such technology has caused a paradigm shift in our approach to the diagnosis and treatment of prostate cancer,” says Dr. Miller.

This tests the genes of a person’s cancer. It not only reveals the genes, but it shows how they behave. Specialists can compare that data to known outcomes of patients treated 10 or more years earlier. This helps predict patient outcomes. “It’s one more essential tool for managing someone’s cancer care,” Dr. Miller says.

Immunotherapy Can Aid in Fighting Cancer

Through the use of medication, the body’s own immune system can be used to fight a person’s respective cancer. Immunotherapy is tailored to battle individual cancers, including prostate, kidney and bladder. According to Dr. Miller, urologists have found immunotherapy to be particularly effective against bladder cancer. They now use a similar approach for men who have not responded to other treatments for prostate cancer. 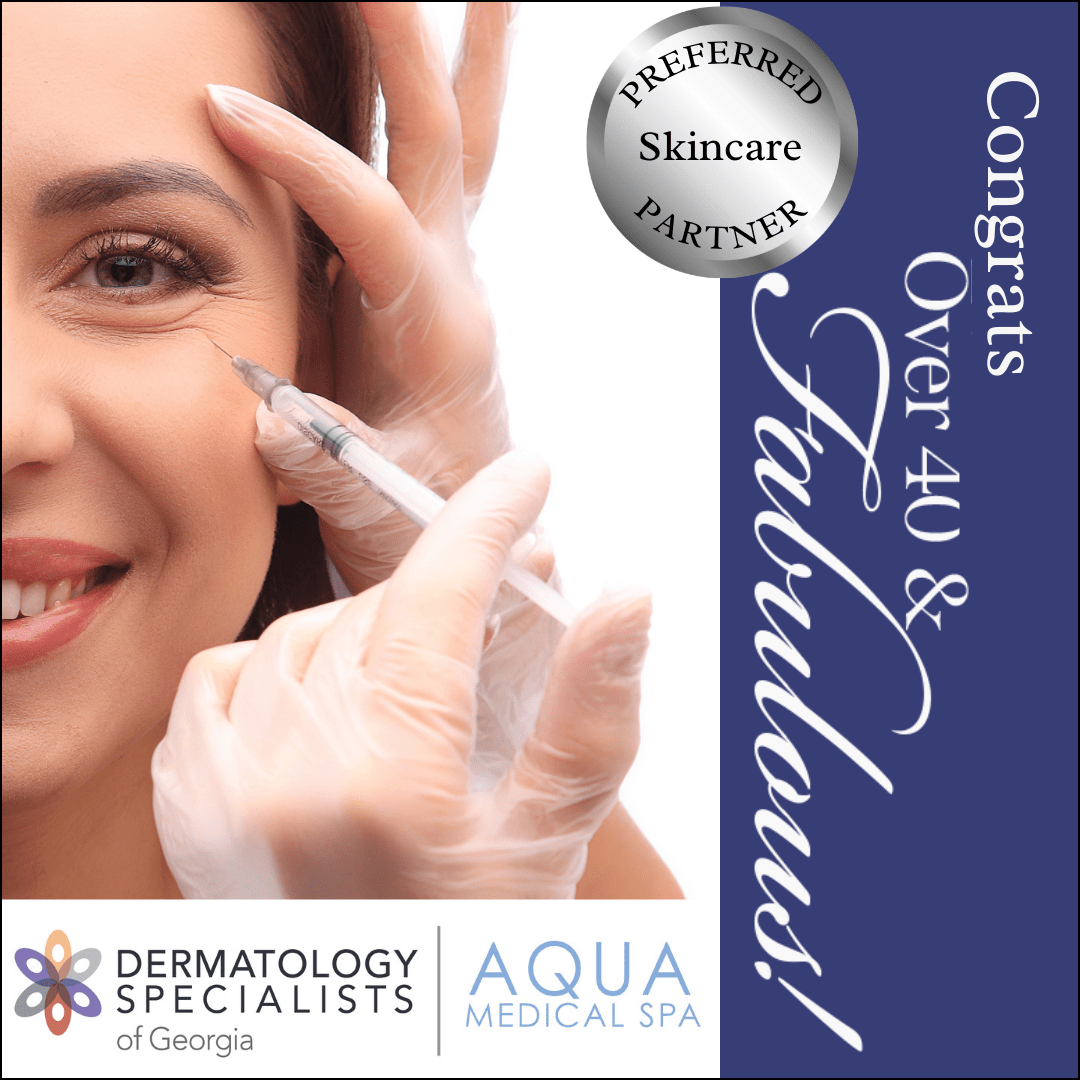 7 Things You Can Do Right Now for a Happier, Healthier Life