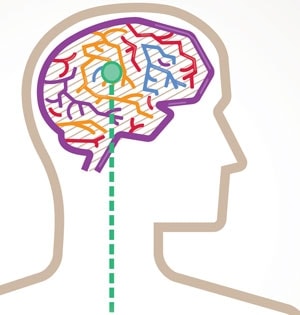 Jazz Up Your Fitness with Dance

The number one cause of adult disability in the United States is a surprisingly subtle event that can happen quietly and at any time – a stroke. In addition to incapacitating millions of Americans, stroke is also the fourth leading cause of death in the country. And if you live in the state of Georgia, the odds are even greater. Along with the Carolinas and a handful of other Southern states, Georgia resides in the Stroke Belt, an area of the country statistically proven to have a higher number of strokes than the rest of America.

The Science Behind the Stroke

But what exactly is a stroke, and why is it so dangerous? Michael Frankel, MD, Chief of Neurology and Director of the Marcus Stroke & Neuroscience Center at Grady Hospital, explains that a stroke occurs when part of the brain is deprived of blood flow. This can happen for two reasons: a blockage in an artery, known as ischemic stroke, or when a brain artery ruptures and causes a hemorrhage, known as hemorrhagic stroke.

Matthews Gwynn, MD, the medical director of the Northside Hospital Stroke Center, notes that age is a risk factor for either type of stroke. “As we age, our arteries get more and more damaged from the buildup of scar tissue related to high cholesterol, high blood pressure, high blood sugar and the normal aging process,” all of which can increase your stroke risk.

Sometimes, though, strokes can happen for reasons other than age. “In younger individuals, stroke is often caused by a heart defect, arrhythmia, or split in an artery wall caused by sudden mechanical force in the artery, such as rapid turning of the head or a whiplash injury,” says Bruce Bosse, MD, a neurologist at North Fulton Hospital.

And if you think you’re too young to be at risk, think again. A 2012 study published in the journal “Neurology” revealed that the average age of stroke is falling across the nation, meaning the number of young stroke victims is rising. A different study, published in the journal “Annals of Neurology” in 2011, showed that stroke-related hospitalizations for people ages 15 to 44 rose 37 percent over a 13-year period. These numbers could be due to an increase in risk factors like obesity, diabetes, use of oral contraceptives, smoking, high blood pressure and cholesterol, but doctors aren’t entirely sure.

No matter who you are, this dangerous condition could affect your most crucial organ – the brain. “It’s important to know that the brain is dependent on a constant supply of well-oxygenated blood. The brain does not store energy,” says Daniel Barrow, MD, Chairman of the Department of Neurosurgery and Director of Emory MBNA Stroke Center. “If blood flow is disrupted, the brain begins to dysfunction. If it is deprived of blood for more than a few minutes, it begins to die.”

So the severity of the stroke depends on how long the brain cells are deprived of oxygen, and it also depends on the location of the blockage or hemorrhage. “There are parts of the brain the size of your fist that could be removed and you would see little difference,” Dr. Barrow says. “But there are parts of the brain that are very small, and if damaged, you could go into a coma or worse.”

“The symptoms of stroke are dependent on the location of the injury in the brain,” Dr. Frankel says. “Ischemic strokes commonly cause weakness on one side of the body, difficulty speaking or problems with coordination and balance. Hemorrhagic strokes cause similar symptoms, but often the symptoms are more severe and can cause loss of consciousness. If bleeding occurs from an aneurysm, a symptom may be sudden, severe headache. All these symptoms should prompt immediate attention by calling 911.” 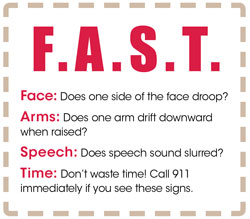 In addition to all these symptoms, others include trouble walking, dizziness, visual deficits and even difficulty swallowing and breathing. None of these symptoms should be overlooked because, as Dr. Billars says, “Time is brain.”

As in any emergency situation, time is of the essence. And this could not ring more true for a stroke. Not only do oxygen-deprived brain cells begin to die, but the treatment options and treatment window for stroke narrow with every passing minute. You have to think fast, literally and figuratively. Sunil Bhole, MD, Medical Director of Glancy Rehabilitation Center with Gwinnett Medical Center, explains the acronym FAST to help analyze common stroke symptoms and seek treatment as soon as possible:

Face: “Ask the person to smile. Does one side of the face droop?”

Arms: “Ask the person to raise both arms. Does one arm drift downward?”

Speech: “Ask the person to repeat a simple sentence. Does the speech sound slurred or strange?”

Time: “If you observe any of these signs, independently or together, call 911 immediately.”

“With a stroke, time equals brain cells,” Dr. Bhole says. “Every minute, two million brain cells die, increasing the person’s risk of permanent brain damage, disability or death.” Regardless of the severity of symptoms, Dr. Billars says you should pay attention. “Even a seemingly insignificant event should be taken seriously, as it may be a warning sign that the person is at risk for a larger stroke.”

The current most common treatment for ischemic stroke is called tPA, or tissue plasminogen activator. This clot-busting medication must be administered within three hours of the onset of stroke. Heidi Woessner, MD, a neurologist at Piedmont Atlanta Hospital, says she uses a point system to identify a stroke victim as eligible for tPA. The score and onset of symptoms determines if a patient is eligible for tPA. “I ask them, when was their last-known normal state? That’s when I start the clock for the tPA window,” she says. “If they cannot receive tPA based on recent surgery, heart attack, certain medications, or any type of urinary or GI bleeding, we consider a mechanical embolectomy,” which utilizes a small wire to snare and pull the blood clot from the artery.

As medicine continues to advance, new options are on the horizon for stroke treatment and management. Dr. Frankel says treatment for acute stroke is rapidly evolving with newly FDA-approved devices to more effectively remove clots lodged in the brain’s arteries, and Dr. Bosse notes new blood thinning drug substitutes are currently offered. Dr. Barrow says stem cell transplants into the brain, gene therapy and stem cell therapy will be used to actually regenerate parts of the brain that have been damaged by stroke.

Ongoing research is also looking to improve the ability to recover after stroke. Locations like Glancy Rehabilitation Center have innovative rehabilitation practices, such as pet therapy and real-world practice with things like grocery shopping and walking on a variety of surfaces, among others. At Shepherd Center, severe strokes can be treated successfully, and rehabilitation therapy can help even years after a stroke occurs. Ford Vox, MD, one of Shepherd Center’s board-certified rehabilitation physicians, explains, “With targeted, intensive therapy, a new skill can be developed even many years after a stroke. Continued rehab is also often necessary to maintain what has been gained and to treat later complications. We continue to treat patients for the psychological and cognitive effects of stroke as well.” And if you’re younger than 65, the news is even better. Dr. Vox points out, “More so than most other stroke programs around the country, Shepherd serves young patients who were in school, raising families or in the most productive years of their careers when they suffered a stroke. Our intensive services are targeted toward those under age 65 in order to result in the biggest long-term yield to the patient. This reality is backed up by extensive neurorehabilitation research demonstrating that the central nervous system is more able to adapt and change in response to injury in younger patients.” So if you or a loved one experiences a stroke, keep in mind that rehabilitation may be within reach.

The Best Defense is a Good Offense

Despite wonderful advancements in medical treatment, the best treatment for a stroke is to do your best to avoid one entirely. The good news is that up to 80 percent of strokes are preventable, and you are also in control of many of the major risk factors. Dr. Bosse says the risk factors under your control are high blood pressure, high cholesterol, diabetes, smoking and obesity. 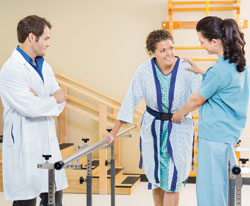 Identify atrial fibrillation (Afib). “Afib is an abnormal heartbeat that can increase stroke risk by 500 percent. A doctor must diagnose and treat Afib.” A doctor can catch this during your annual physical, or it can be diagnosed through an electrocardiogram (ECG).

If you take care of yourself in these ways, in addition to learning your risk for stroke and recognizing stroke symptoms, you will be well prepared to deal with this common health issue in yourself or a loved one. Just remember to keep calm, call 911 and act FAST.