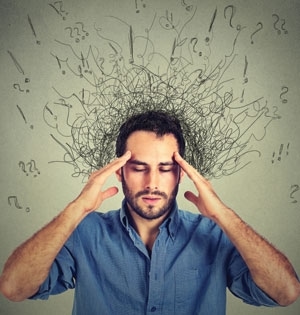 Going Back to The Farm 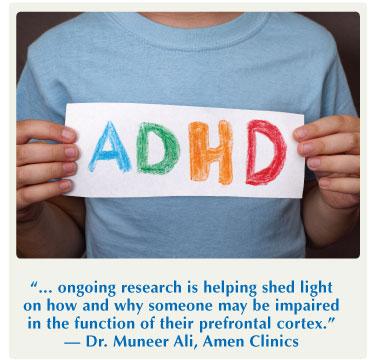 In 1994,the Diagnostic and Statistical Manual of Mental Disorders (DSM) reclassified Attention-Deficit Disorder (ADD) as Attention-Deficit/Hyperactivity Disorder (ADHD), listing it in the “Neurodevelopmental Disorders” section instead of the ones dealing with disruptive behavior disorders. The changes were significant because they reflected the complex nature of the brain disorder, which, according to the Centers for Disease Control and Prevention (CDC), affects approximately 11 percent of children ages 4 to 17 and four percent of adults. And while so many people are impacted by ADHD, there are still many questions surrounding the condition.

So what exactly is ADHD?

“In general, ADHD is a regulation disorder. [People] with ADHD have difficulty regulating their behavior,” explains Julie Pace, PhD, a licensed psychologist and assistant professor with the Emory University School of Medicine’s Department of Psychiatry and Behavioral Sciences. Those behaviors include inattention, hyperactivity and impulsiveness. Based on these specific behaviors, three subtypes (or presentations) of the brain disorder have been identified in recent years: inattentive, hyperactivity-impulsivity and combined (displaying both inattentiveness and hyperactivity-impulsivity). Children, as well as adults, will fall into one of the three subtypes based on the symptoms they exhibit.

“For a child with a predominantly inattentive type of ADHD, you will see careless mistakes, a lack of organization, poor listening, getting easily sidetracked, losing things often and forgetfulness. Their minds wander, so they may have trouble keeping track of a conversation,” says Toral Fadia, MD, medical director of Northside Hospital’s Behavioral Health Services. “For a predominantly hyperactive and impulsive child, you will notice constant squirming, an inability to stay still or seated when it’s expected, running or climbing when inappropriate, excessive talking, interrupting or blurting out answers and trouble waiting for his or her turn.” Those children with combined ADHD exhibit symptoms from both of the other categories. Muneer Ali, MD, of Amen Clinics Atlanta cautions: “The behavior problems associated with ADHD can often create a negative stigma for children … [as they experience] feelings of guilt or shame related to the problems their symptoms cause. All the more reason to seek help early.”

Generally, adults who are diagnosed with ADHD have symptoms similar to those exhibited by children. However, there is a difference in the degree to which those symptoms are present, as well as which subtype is more prevalent. Over time people impacted by symptoms “often develop coping skills and methods to adjust to living life with ADHD,” explains Lateefah Watford, MD, chief of behavioral health of Kaiser Permanente of Georgia. “As a person matures, they tend to have less hyperactivity and impulsivity,” reveals Darvin Hege, MD, PC, an Atlanta-based psychiatrist who specializes in treating adult ADHD. “Most people who come to me as adults do so because of inattention—sustaining concentration is their major problem. It can be a problem in their work life or their home life.”

A great deal of research has been done over the years to try and determine what causes ADHD. Ali reports, “The current prevailing wisdom is that [the cause] involves complex interactions between genetic, developmental, neurochemical and psychosocial factors. There is no single identified cause, though ongoing research is helping shed light on how and why someone may be impaired in the function of their prefrontal cortex.” Watford goes on to say, “Research has consistently shown that ADHD is largely a genetic disorder, passed from parent to child. Studies have shown that a child with ADHD is four times as likely to have a relative with ADHD.”

What’s more, a study released by the National Institutes of Mental Health (NIMH) reveals that while a young brain with ADHD matures in a normal pattern, it can experience delays in some regions, including the cortex, which controls thinking, attention and planning.

While genetics influence the development of the areas of the brain, there are additional factors that can be attributed to the presence of ADHD. Environmental factors—such as sleep deprivation and poor nutrition—also can impact a brain that is already managing ADHD, making it more apparent.

How is someone diagnosed with ADHD?

Getting the right diagnosis is key to helping someone with ADHD. Unfortunately, there is no specific test that provides a definitive diagnosis. “The diagnosis is made by a clinical assessment for signs and symptoms of impairment [that cause]a problem in at least two different settings,” says Ali.

To help diagnose a child, parents, teachers and other caretakers are asked to fill out questionnaires regarding behavior patterns. This information, coupled with an interview by a psychologist or psychiatrist, can lead to a proper diagnosis. The challenge, though, is ensuring that the right disorder has been identified. “There are often comorbidities involved, such as ADHD and a learning disability or anxiety. You can have someone who has a learning disability that looks like ADHD. There can be overlap in symptoms, making it harder to diagnose,” Pace notes. “So it’s important to be thoughtful in the assessment. You have to figure out the root cause of the symptoms.”

An adult who is seeking a diagnosis is usually asked to self-report symptoms, while a spouse or someone who knows the individual well may be interviewed. As Hege asserts, many adults who seek a diagnosis may have been grappling with symptoms for longer than they realized. “It appears that most people who are diagnosed as adults had ADHD as children, but they were not clearly aware that they had it,” he says.

How is ADHD treated?

Behavior therapy (or behavior modification) actually is the first recommended treatment by the American Academy of Pediatrics (AAP). This approach involves addressing specific behavioral issues by structuring time at home, establishing predictable routines and increasing positive reinforcement of good behaviors. Pace also recommends that schools become involved in the process, supporting and accommodating students as they learn to deal with their symptoms. Medication can also be quite effective when used appropriately.

“Medication is often used and is very effective in both children and adults,” Fadia remarks. “The benefits of meds are improved academic or work performance with subsequent improvement in self esteem. Social skills may also improve as the patient interrupts less and acts more mature and age appropriate.”

It’s important to understand that, as Hege says, there is no medication that can “cure” ADHD. In fact, many people are concerned about the use of psychostimulants like Ritalin, Adderall, Concerta, Dexedrine and Vyvanse to treat ADHD. That is why close monitoring has to be part of the equation. Adolescents and adults also should be monitored to ensure that any prescribed stimulant is not being abused.

Ali also considers other interventions as part of treatment. “Alternative methods of treatment have also included natural supplements with proven efficacy in improving attention and focus,” he says, “as well as methods such as neurofeedback, which works to retrain the brain’s patterns of activity to promote better function of the prefrontal cortex.”

Of course, each case needs to be reviewed individually to find the right treatment option.

An ADHD diagnosis can either be a welcome relief or a worrisome reality, depending on the people and situations involved. Find the right balance for managing the symptoms of the disorder and a support system to help move forward productively, whether it’s individual or group therapy or an online community of people who are experiencing similar situations.

And although controversy has swirled about the authenticity of the disorder, medical professionals attest to its existence. “ADHD is real. It is a very well researched disorder,” Pace says. And, according to Fadia, the number of cases in both children and adults seems to have increased over the years for a simple reason. She observes, “The increase in cases of ADHD is due to much greater awareness of the condition.” Ali agrees, “some say it has always been this prevalent and just undiagnosed or misdiagnosed as ‘bad behavior’ or ‘just being lazy,’ and now with more awareness and acceptance we are seeing a natural increase [in reports].” Watford goes on to say, “In the increasingly connected world that we currently live in, the sharing of information, access to care, working treatment modalities and lessening of the stigma of mental health have all added to the perception of increased prevalence.”

That awareness has lead to ongoing research that focuses on everything from the cause of ADHD to its treatment. In the end, though, those dealing with it must live in the moment and strive to understand their unique set of circumstances.