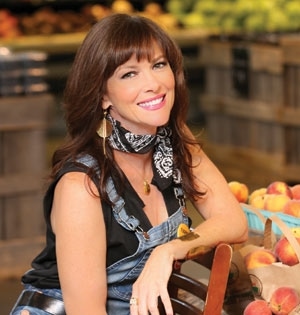 Cultivating an appreciation for farming doesn’t necessarily mean you have to love getting dirty. That’s something Mary Blackmon learned early in life on her family’s land. However, growing up on the family farm in Arkansas gave her a deep and lasting passion for the place and the way of life.

In 2008, after her mother passed away, Blackmon and her younger brother, Douglas, were faced with the decision of what to do with the family farm. “The idea of letting the farm go was just too much. It felt like I was letting my family go, and I just couldn’t do that.”

So she switched from a life in Los Angeles and New York City running her successful internet-based business—the multi-million dollar national spa and wellness industry website Spa-Addicts.com—to running that family farm in Arkansas.

“I was immersed in whipping my farm back into shape and, as a result, I saw farming through a whole new perspective as a participating adult. I soon had a newfound appreciation and heightened respect for farmers and farming overall. Trust me, it’s not for the faint of heart.” 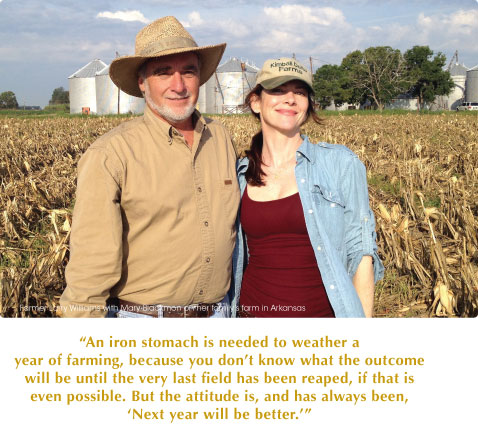 Going All In on Farm Star Living

The spark of Blackmon’s love for farm life was instantly rekindled and the seeds of inspiration were planted for her current project, a new kind of digital venture based in Atlanta: Farm Star Living.

This sudden immersion was a 180-degree change from the life she had established. Now, eight years later, she says her life is “a complete integration” of her two worlds. Through Farm Star Living’s online resource and directory, Blackmon inspires people across the country to bring farming into their lives in perpetually exciting and perspective-expanding ways.

“I think that where our food comes from has been taken for granted by so many of us,” Blackmon says. “The joke is that when you ask children where a type of food comes from, they say ‘the grocery store’! But we all have to eat, and we all need farmers to make that happen. There actually could be a shortage of farmers in the near future, as the median age of a farmer is just shy of 60. So there are legitimate concerns about needing more people to go into farming. I think with better appreciation by the public there will be more and more support for going into farming as a career.”

Putting the Star in Farm Star

Blackmon thought about the way Americans have elevated many chefs to exalted, rock-star status, and she felt it was time to put farmers in the spotlight. “I felt that it was now the farmer’s time,” she says. Through Farm Star Living, people can find farms to visit for agri-tourism stays, meet real farmers, locate farm-to-table restaurants, discover new recipes using fresh food and learn more about the journey taken by food before it ends up on the table. 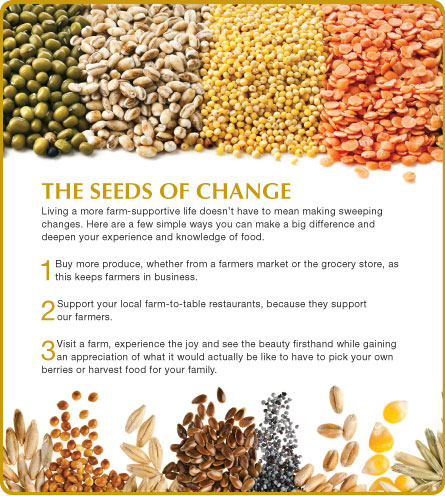 “I have always thought that farming has been a noble profession that is too often thankless and misunderstood,” Blackmon says. “Farming and farmers have been the backbone of our country. So few of us have actually been out of the city and visited a farm, let alone seen exactly where our food comes from. I felt that people were yearning for a connection to the countryside—to the earth—and while they may not want to farm on their own, per se, they still want to feel a connection to it.”

That desire to connect people to farming, even (and especially) if they don’t want to live the life of a farmer, is rooted in Blackmon’s own youth spent enjoying the farming experience in her own unique way.

“My grandfather, Big Daddy (Garrard Mountjoy), and grandmother, Mary Mary (Mary Kimball Mountjoy), owned the farm, [as did] Mary Mary’s parents before her. It was initially a tree farm, which my grandfather converted into a rice farm in the late 1950s,” Blackmon explains. “While I wasn’t one for getting all dirty, the passion for the farm from my parents to my grandparents wasn’t missed by me.”

Making a commitment to take over that farm brought a deeper level of understanding for Blackmon. Realizing that keeping the farmland meant figuring out things like how to repair broken-down wells gave Blackmon a “freak-out moment,” after which she dove in and began the process of learning by doing. “I was being ‘schooled’ and making some rookie mistakes while trying to just do the best I could. I was completely in over my head as a ‘country gal’ who had been living in New York City and Los Angeles for 20 years—almost my entire adult life,” Blackmon recalls. “I was overwhelmed because there was so much to learn, and it was not easy and a very different way of life. Farmers use their street smarts, their farming experience and their education, whether from college or from a family of farmers before them.”

Now, she and her brother retain ownership of the family farm in Arkansas and have established a relationship with some dedicated people who operate it while they both reside in Atlanta. “Luckily, my brother supported whatever I wanted to do, and he was a great sounding board during the process. My brother and his wife live here, and this whole process made me want to be closer to him, be a part of his children’s lives, and put down my own roots here.” She moved to Atlanta to make that happen. 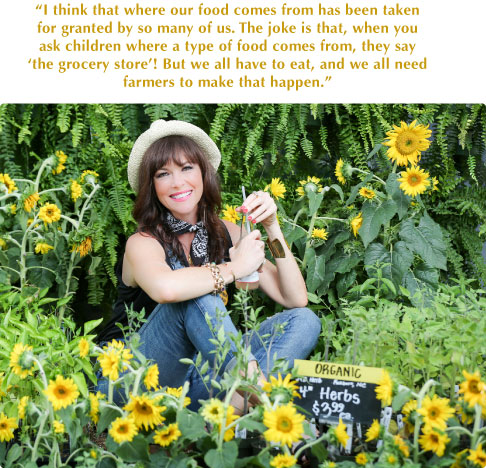 Blackmon says she was impressed with not only their depth of knowledge about the environment and business savvy of the local community of farmers, but also with the courage, optimism and perseverance she saw within each of them. “They were optimistic environmental warriors and huge risk-takers. One farmer told me that [most people go] to sleep with their money safely in a bank. Not farmers—their money is getting rained on or beaten down from the sun every day until harvest. An iron stomach is needed to weather a year of farming, because you don’t know what the outcome will be until the very last field has been reaped, if that is even possible.

“People need to know the breadth of knowledge needed to be a successful farmer,” Blackmon says. “Biology, finance, business, agriculture, as well as an optimism that can outlast any drought or bad crop year. One year, not too long ago, we had a great crop until a few weeks before harvest, when a hurricane blew our crops down so badly you couldn’t salvage much. But the attitude is, and has always been, ‘Next year will be better.'”

In the years to come, Blackmon sees food labeling as a defining issue in the industry. She says the topic will heat up as people “start understanding what the ingredients in food actually are and what they mean to them.”

Blackmon says she hopes once people start learning more about the things that can go into many processed foods, such as syrups, preservatives and additives, they will be encouraged and motivated to add into their diets even more whole, farm-fresh foods.

As Farm Star Living continues to expand, Blackmon aims to help people live more farm-centric in ways that fit their lifestyles. “I intend to continue educating and, hopefully, inspiring more people to bring a bit of the farm into their lives,” she says. “I hope by offering a one-stop destination that has farm-to-everything, we can educate and empower people to lead a more farm-conscious and healthy life.”