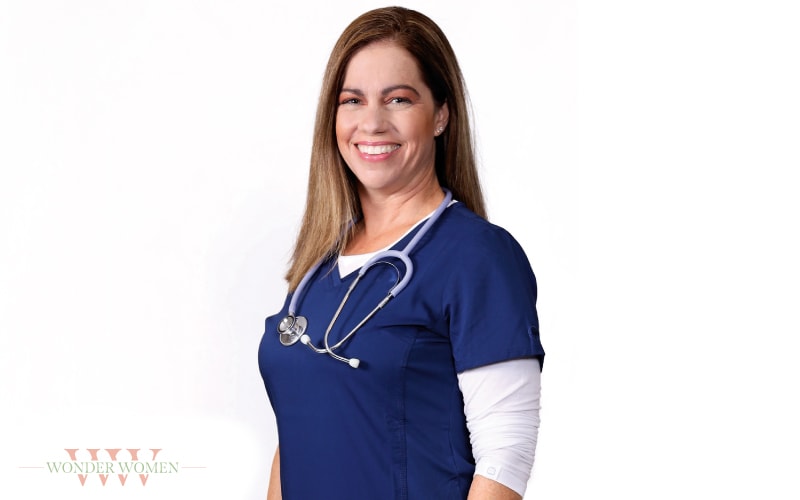 After adopting her two youngest children, twin boys, from Ethiopia in 2010, Meredith Howard saw firsthand how large the healthcare disparity can be between nations and she knew she had to do something about it. So, as a mother of five, she and her husband made the decision for her to enroll into an accelerated nursing program through Oakland University in Michigan. Through untold amounts of multi-tasking and hardwork, she earned her degree in just 12 months. She now works as a full-time hospice nurse and a part-time RN at Piedmont Athens Regional Hospital.

“My floor in the hospital [Piedmont] became the designated COVID unit when the pandemic hit in March, so I have been working with COVID patients since it all started,” says Meredith. Social isolation has been hard for Meredith’s patients and she says it’s been a privilege to serve as their connection to the world, using Zoom and FaceTime to help them keep in touch with family members.

As mentioned earlier, Meredith has five children and raising them while also putting in long hours for a pandemic hasn’t been a cake walk, but she’s grateful for the support she’s received from her husband and older children. “First of all, I have an awesome and supportive husband who supported me picking up extra shifts at the hospital once COVID began. Our older kids have also definitely helped out with the younger, helping to keep them occupied at home or helping with online schoolwork during the beginning of the pandemic,” she says. Another positive she and her family have experienced is spending more time together. “It was the simple things that we had rarely done as a large, very busy family, that we finally had a chance to do.”

Meredith originally got into nursing because she wanted to make a difference in countries with less access to healthcare, particularly Ethiopia, since it is where her two youngest are from. Sadly, the twins’ birth mother, Marta, passed away during childbirth due to lack of medical care and their father, who loved them very much, did not have the resources to care for them. Since their adoption, she and her husband have donated to Clinic at a Time as a passion project. The organization gives aid to existing Ethiopian clinics and grants money to build new ones.