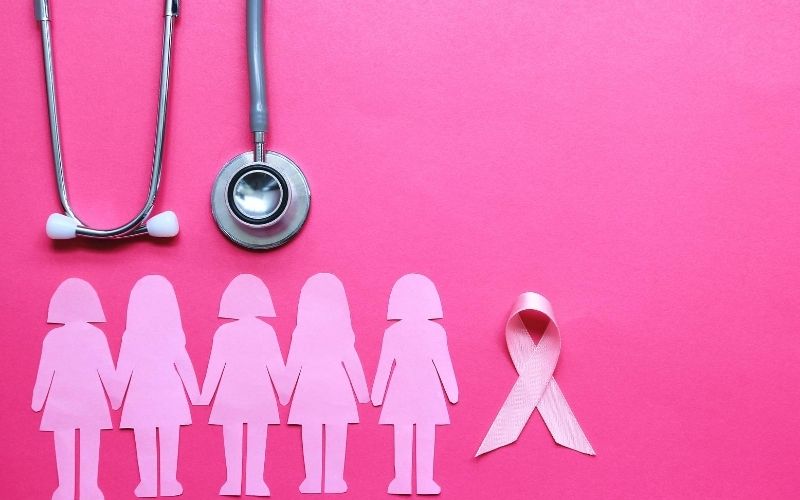 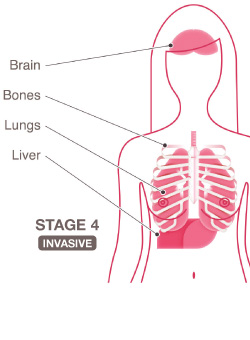 Given the massive amount of attention breast cancer receives, most people have a basic concept of the disease. But many may not know the
difference between breast cancer and metastatic breast cancer. While there are similarities, it’s those differences that deserve their own fair share of attention.
The Basics In the simplest of terms, metastatic breast cancer is cancer that has spread beyond the breast. “The most common places for breast cancer to spread
are to the liver, lungs and bones,” says Amelia Zelnak, MD, MSc, medical oncologist at Atlanta Cancer Care at Northside Hospital Cancer Institute.
Ewssentially, the cancer cells migrate beyond the breast cancer into the bloodstream, traveling to other areas of the body. “These cells would have escaped prior to detection of and surgery for the early stage cancer, but they are so small that they cannot be detected,” Dr. Zelnak says. “If these cancer cells are able to survive while circulating through the body, they can then begin to grow in other places such as the liver, lungs and bones.” 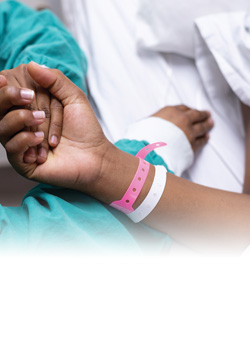 Metastatic breast cancer (MBC) is diagnosed as an advanced cancer, known as stage 4. As such, very few initial breast cancer diagnoses are MBC. In fact, according to Damien Hansra, MD, medical oncologist with Cancer Treatment Centers of America®, Atlanta, and member of its Breast Cancer Center, says, based on population studies, of the 250,000 breast cancer cases diagnosed each year, just 6% of those cases present with stage 4, or MBC. Therefore, the majority of MBC cases  are diagnosed following an initial early-stage breast cancer diagnosis.

Unfortunately, a large number of MBC diagnoses are found in African-American women, who are 40% more likely to die of breast cancer than Caucasian women. A number of factors contribute to this high rate of diagnosis. For instance, some studies show there are lower rates of African-American women getting screened via mammograms combined with lower rates of following up on those screenings, Dr. Hansra says. “Some studies show they also are less likely to receive chemotherapy after surgery,” he says. This could be due to inadequate health insurance and/or the lack of access to healthcare. Studies are ongoing. 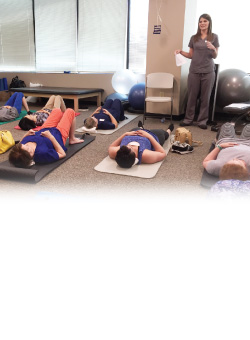 Now 62 years old, McLaughlin, who recently spoke at the Greater Atlanta Metastatic Breast Cancer Conference hosted by Susan G. Komen Greater Atlanta in May, was diagnosed with MBC on her 60th birthday. “They did not prepare me for the fact that it could spread,” she says. Her scans showed she had six new tumors, and her treatment plan included chemotherapy and letrozole hormone therapy. Right now, the cancer is not growing, but it’s not dissipating either. As such, it’s always present. “You think about it all the time,” McLaughlin says. “There are so many things around you that remind you of it.” These include monthly blood work, regular scans, and everyday life, such as trying to avoid contracting an infection due to low white blood cell counts.

Imagine the effects of living with MBC as a young parent. That’s exactly the life Rebekah Howerton of Roswell leads. The 36-year-old mother of a
12-year-old son was originally diagnosed with stage 1 breast cancer at age 31. She underwent surgery and was declared cancer-free. Within six months, though, the cancer was back and it had spread. “I didn’t understand what metastatic breast cancer was,” Howerton says. “We [breast cancer patients] are not educated on what that means. It took a year to accept the diagnosis.” She’s undergone eight surgeries, including a dual craniotomy this summer, 19 rounds of radiation, and daily treatment drugs. “Ongoing treatments for MBC often require time off from work and navigating the complex world of Social Security Disability Insurance. There’s quite a buzz in the breast cancer community about H.R. 2178, a bill proposing to eliminate the SSDI automatic six- to 12-month-plus waiting period to start receiving benefits,” Howerton says. “I’ve been able to use my paid vacation time to transition back to work after being on short-term disability, but this is still very challenging for MBC patients to navigate. Most MBC patients I know are unable to work and I consider myself lucky to have a career to go back to,” she adds. None of these battles stop Howerton from living her life. “Your treatment is indefinite,” Howerton says. “It’s living with it.” And that’s what she does. She continues to work at her job in public relations, but she is also focused on  having experiences and building traditions with her son.“He’s taught me a lot,” Howerton says. “He builds me up. We’re this dynamic duo. A lot of that is my driving force to keep going. He keeps me focused.”

When treating MBC, surgery can be a first step, but ongoing treatment involves a variety of options usually dictated by the type of breast cancer. Clinical trials also play a role in treatment, as ongoing research reveals more information about breast cancer. “There are new clinical trials adding molecular therapies,” Dr. Hansra says. “We’re examining patients’ tumors to find a weak link in the armor to attack it.”
Of course, palliative and supportive care are vital in MBC treatment, too. “It’s extremely important because you’re living with uncertainty,” says Kimberly Curseen, director of outpatient supportive care at Emory Healthcare. “How you process that is important to how you do. It’s really difficult to live fully in a state of fear.”

Palliative and supportive care includes support groups, financial and estate planning, access to social workers, counseling, nutritional guidance, physical therapy and more. “Managing MBC affects all the areas of your life including physical, emotional, social, professional and spiritual,” says Karen Whitehead, MS, LCSW, CCH, psychotherapist at Karen Whitehead Counseling who also works with TurningPoint Breast Cancer Rehabilitation. “Alongside your medical team, it can be beneficial to talk with others who can help you adjust and thrive in all areas of your life. Support groups and individual counseling are available to help you get back to living your life.”