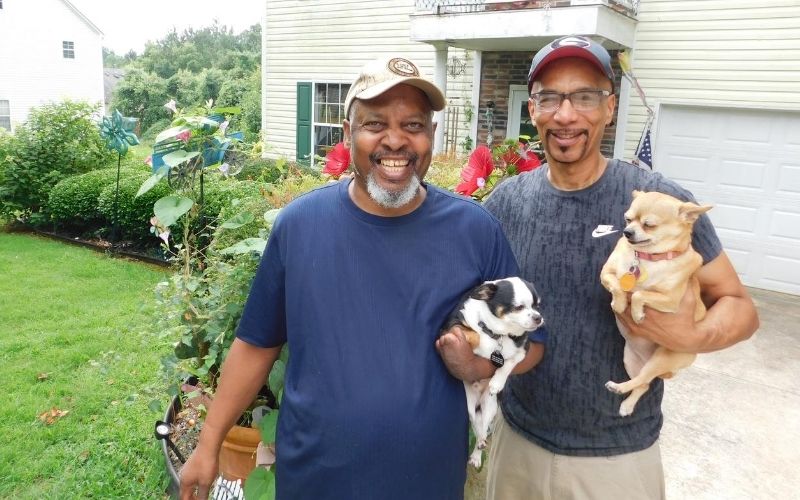 The Foundation of Foot Care 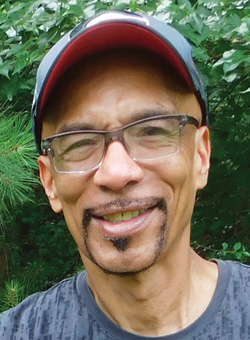 Caregiving is a responsibility that requires patience and compassion—it is also a role often portrayed by women. But according to the AARP Public Policy Institute, 4 in 10 family caregivers are men. There are thousands of men around the country, like James A. Bailey, who put the needs of those they love before their own on an everyday basis. Here, we highlight just one of those stories, and how this Decatur resident tends to the needs of his “brother” Larry Grant.

How did you become a caregiver?
I met Larry Grant (who was born with a partial left hand and foot) in 1997 and invited him to church. We became friends and a few years later, I started a nonprofit called House of Refuge Ministries. Larry assisted me with this community service and later went to work with the United States Postal Service. However, we continued to stay in touch on and off over the years.
Around May 2007, I tried to get in contact with him to let him know a close friend had passed away. I couldn’t seem to reach Larry, though, and I didn’t know where he was. After making some calls, I found out that Larry was at Gwinnett Medical Center and in critical condition. He was given three to six months to live. While visiting him, I asked the hospital staff for permission to assist with his basic care. Fortunately, it was second nature to me since I am a retired Army nurse and licensed massage therapist. Also, all of Larry’s immediate family lived out of state, so I’m sure it made him feel good to have someone he was familiar with visit him on a regular basis.Larry was eventually discharged to a nursing home. I would visit him often. I saw how unhappy he was there and how terrible the conditions were. Eventually, we were able to have the paperwork completed to make me Larry’s legal guardian and he came to live with me—something I never thought would happen. Now, it’s been 12 years since the doctors gave him three to six months to live!

What is daily life like with Larry now?
Just looking at Larry, you wouldn’t think anything was challenging for him. He doesn’t talk but mostly understands what you’re saying. He has a smile to live for!
It’s all about routine. I bathe and groom him, including brushing his teeth and assisting him with getting dressed. I prepare all of his meals and cut up his food, and I drive him wherever he needs to go. He loves a road trip.
Larry also does a great job of taking care of our two little Chihuahuas, Atom and Missy.

What involvement have you had with AARP and its support programs and resources for caregivers?
It’s a great organization. My good friend, Carolyn Hartfield, does a lot with AARP and has invited me to several meetings. The meetings are informative and have made me feel special—there, the focus is all about me for a moment. The training dinners, the encouragement, and practical tips offered are all so wonderful. Statements as simple as, ‘Fix your food first, then fix the food for the person that you’re caring for’ are such great reminders to take care of myself. Sometimes I feel like I’m not doing enough and then someone will come along and say, ‘You’re doing such a great job for Larry.’

How do you recharge and practice self-care?
I belong to two meetup groups, OPALs [Older People with Active Lifestyles] and Atlanta African American Adventurers, both created by Carolyn.
I love getting out into nature and going hiking at least once a month. It refreshes me. I also like working out at the gym and swimming. Getting a full-body massage is great too. I love chocolate as well! So once a month, I’ll treat myself when we go grocery shopping at Sprouts Farmers Market and get the best healthy chocolate.

What advice do you have for other male caregivers/caregivers in general?
Care for others because you love them and don’t worry about stereotypes or what other people are thinking.
https://aarp.org/caregiving