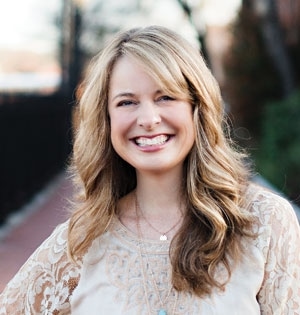 What’s in Your Medicine Cabinet?

It’s a moment that Rachel Macy Stafford will never forget. She had taken her youngest daughter shopping for a dress to wear to the party for her recently released book, “Hands Free Mama: A Guide to Putting Down the Phone, Burning the To-Do List, and Letting Go of Perfection to Grasp What Really Matters!” Her phone was shut off and in her purse, where it stays during Stafford’s hands free time – that time when she focuses solely on her family. When their shopping trip concluded, she took her phone out and turned it on. Instantly, she saw that she had nearly a dozen text messages from her publisher. In one of them, she saw the words NY Times. And she knew what those texts would say.

“I didn’t read them right there,” Stafford recalls. Instead, she walked her daughter outside. “I told her, ‘You and I are going to read these together.'” Standing on the sidewalk outside the mall, the mother and daughter learned that “Hands Free Mama,” published in January of 2014, had made the New York Times best-seller list. “I picked her up and swirled her around. It was our moment,” Stafford continues, her voice breaking with emotion, explaining that her joy came less from the accomplishment itself (which thrilled her) and more from the fact that she could share it with her child. “We wouldn’t have had that moment if I hadn’t kept my phone in my purse. It was such a special moment for us.” 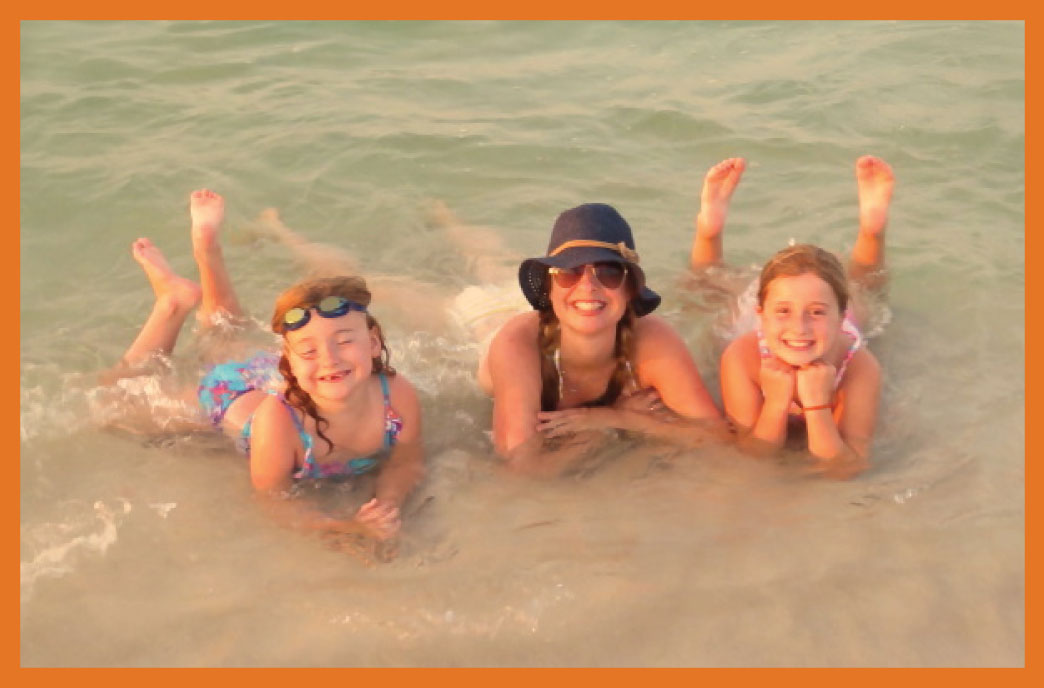 Five years ago, Stafford probably would have missed the opportunity to have that remarkable experience. A busy wife and mother of two girls, she filled every minute of her days with activity. She participated in community activities, headed up school committees and got involved in her church. What’s more, she had decided to return to teaching when her family moved, requiring her to take classes so she could receive her state license. “My life pre-hands free was chaotic. There was no white space on the calendar. I was controlled by my phone and tied to my to-do list,” she says. “I was trying to be the perfect mom and the perfect wife. I was really putting a lot of pressure on myself.”

Not only was there pressure on her, but the pressure was also spilling over to her children. Her two girls were tense around her, unsure if spilling a drink or breaking routine in some way would set their mom off. Stafford’s oldest child developed a habit of nervously picking at her lip until it bled – a clear sign she was carrying too much weight on her little shoulders. Stafford began to sense that something wasn’t right, and that it all started with her. “I was so short fused with my family. I managed rather than nurtured. And I was stretched so thin that my passion for living was nonexistent,” she says. “I was the closest to having it all but the farthest from the life I wanted to live.” Something inside was nudging her to question her lifestyle, but she chose to ignore the voice.

That is, until she took a run one morning, and everything changed. During that jog, she started thinking about a question that was often posed to her by others: how do you do it all? And for the first time, she decided to answer the question honestly in her own mind. “The answer brought tears to my eyes,” Stafford reveals. She was able to “do it all” because, she says, “I missed out on life. I missed out on the laughing, the playing and the memory making. I would often say to my children, ‘Not now – Mommy’s busy.’ And I realized that they were only going to be little once. I realized that I should be giving them all of my energy and focus. I should be nurturing these precious people. That was such an impactful moment. And that day, I started my first step to living hands free.”

Stafford knew that the journey ahead would not be easy. She had so many distractions, both tangible and intangible. From her ringing phone and hectic schedule to the need to have an immaculate home, she felt like she was addicted to being busy. So Stafford made a list of the immediate distractions in her life and created a strategy for how to deal with them. It was as simple – and as challenging – as making small changes at first: giving her kids an undistracted goodbye in the morning, fully listening to her husband tell her about his day, taking 10 minutes to play with her daughters (even when there were dishes in the sink). And she kept a notebook documenting the moments she would have missed. 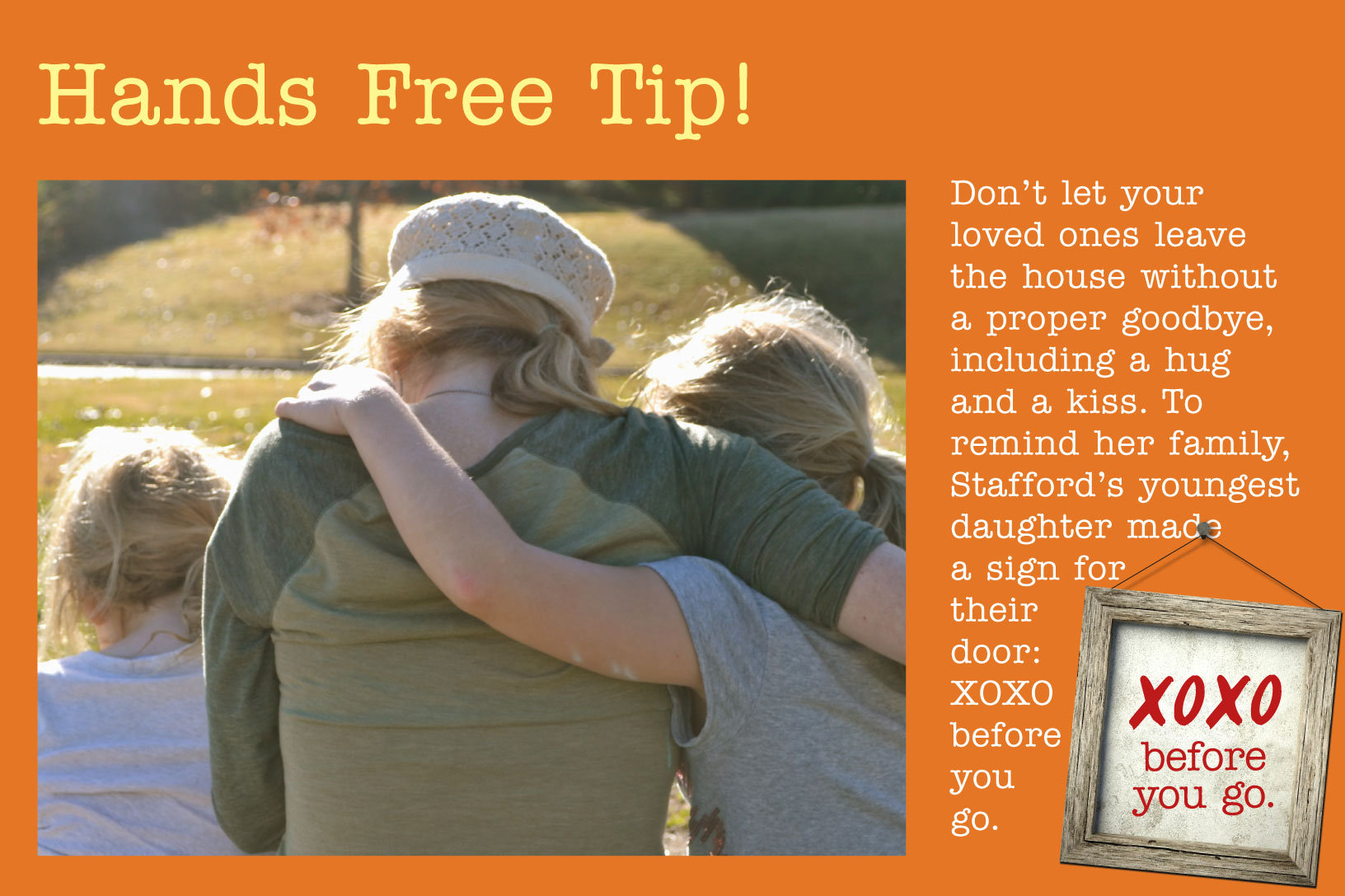 She didn’t tell anyone what she was doing, but her family noticed a difference – even though they couldn’t pinpoint what it was.

She felt the difference in her own life as well. Three months into her journey, she explained it to her husband, and he encouraged her to share her story. Stafford launched her blog, Hands Free Mama, in 2010. In it, she shared anecdotes about and tips for letting go of distractions and living hands free. “There were crickets at first,” she muses. “And I was scared. I was telling people that I’m not perfect.” In time, she began to strike a chord.

Thanks to a May 2012 blog posted entitled “How to Miss a Childhood,” Hands Free Mama went viral. The post garnered three million hits, and Stafford’s readership exploded. Today, her blog draws two million readers per month, and her Hands Free Revolution Facebook page boasts a quarter of a million fans – women and men, mothers and fathers, married and single, young and old.

Her work has been featured in USA Today and Reader’s Digest, as well as on sites like TIME.com, PBS.com and The Huffington Post, among many others. “I still can’t wrap my brain around it. I didn’t understand the impact this message could have on other people’s lives,” Stafford states. “The media perpetuates an idea, especially with women, where we see them fit, smiling, working at or outside the home and balancing it all beautifully. We’re held to this standard. So we compare and compete. And it’s hard to be the one to say, ‘I’m struggling.’ But you’re not the only one. And it’s a big sigh of relief when we can just be more real with each other. We need to give ourselves permission to fulfill our hearts and connect to what matters.”

A lifelong writer, Stafford decided to pen a book based on her blog. By the time she had written the third chapter, she landed literary agent Sandra Bishop, who got Stafford a publishing deal with HarperCollins Christian Publishing. On Sept. 8, the company will release her second book, “Hands Free Life: 9 Habits for Overcoming Distraction, Living Better, and Loving More.” In it, Stafford discusses how to acquire a new perspective and live a life of significance. It’s something she felt compelled to write. “I am in a completely different place than I was when I wrote ‘Hands Free Mama,'” she observes. “I’ve cultivated these enduring habits, and I’ve had a whole perspective change. I realized that I was able to see things that other people couldn’t. And I can share this even deeper and more meaningful process.”

Stafford also can share her incredible success with her husband and daughters, now 12 and 9. The family typically moves every five to six years for her husband’s job, and just over a year ago, his career brought them to the metro Atlanta area. For Stafford, it’s the perfect location for a hands free life. “We love it here,” she says. “Saturday is a big hands free day for us, and there’s always something fun to do. We’ll go to a festival, a concert or a park. It’s amazing.” And at her husband’s suggestion, they purchased a bike rack for their car and now explore the area’s many bike trails whenever possible. “We have seen so many beautiful parts of Georgia by bike,” she adds. “It’s so wonderful.”

What has truly allowed Stafford to enjoy those moments is her ability to set boundaries in her still increasingly busy life. For instance, when NPR requested an interview during her hands free time, she turned down the opportunity; she had promised to take her girls to the pool, and she did. “I don’t regret that decision,” she reveals. “If I can’t be true to my message, then what good am I?” She also wants to be a role model for her daughters by staying true to her word. She continues, “I hope my daughters see that I lost my way for a while, but by God’s grace, I used that difficult period to help others get back to what really matters. One person can make a difference. I want them to use their failings to learn. I want them to chase their dreams. And I want them
to be able to authentically connect with others.”

Connecting is something Stafford has done in spades. And when she reaches out, she is steadfast in her message. “No matter how dismal life is now, no matter how many opportunities you have missed, today can be different,” she concludes. “With the habits of a hands free life, you can bring joy back into your life and connection back into your relationships. Always remember that today matters more than yesterday.”