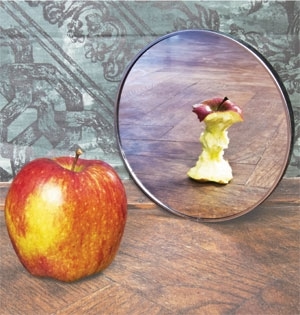 Doctors Who Walk the Walk

“When I was 14 years old, I was told that I was ‘too big.’ I was extremely embarrassed and ashamed of myself and how I looked.” Even at such a tender age, Dr. Genie Burnett’s negative feelings about her body prompted a change in how she ate. “I began to engage in anorexic and bulimic behaviors in order to ‘prove’ that I was okay.” At age 16, Dr. Burnett spent seven weeks hospitalized for treatment. Now a psychologist and executive director of the nonprofit Manna Fund, Dr. Burnett has long since returned to healthier eating behaviors, but increasing numbers of men and women of all ages are still struggling.

At its most basic, an eating disorder is a disturbance in someone’s eating patterns and behaviors that affects both their physical and mental health. These behaviors take many forms: severely limiting food intake, binge eating, purging, eating when not hungry, exercising obsessively to prevent weight gain, and the list goes on. According to the National Eating Disorders Association (NEDA), the most common ways these behaviors manifest are known as anorexia nervosa, bulimia nervosa and binge eating disorder.

Sometimes a person’s eating behaviors do not fit into any of those three categories, which may result in a diagnosis of EDNOS, or Eating Disorder Not Otherwise Specified. This basically means someone exhibits behaviors typical of disordered eating but perhaps not to an extreme.

Not only do multiple conditions fall under the eating disorder umbrella, but also an increasing number of people struggle with them. A 2011 National Institutes of Health study estimated the number of Americans with eating disorders at 30 million, and that number is on the rise.

As the variety and prevalence of conditions shows, eating disorders are complex. The underlying reasons for the disorders are, if possible, even more complex because they are mental, rather than physical. Jessie Alexander, clinical coordinator for women’s services at Ridgeview Institute, explains, “Often, clients will express that they can remember being cognizant of their bodies in a destructive way as early as three to five years of age. Other times, clients became critical of their bodies after experiencing a traumatic event that felt unmanageable to them.”

Dr. Burnett adds that the disordered eating patterns can often stem from relatively common behaviors or desires. For example, many people diet regularly, sometimes lose their appetite due to nerves or stress, or have occasional negative feelings about their body. For some people, though, emotional factors cause these habits to escalate to unhealthy levels. “They use food to cope with their negative (often unconscious) beliefs and emotions,” Dr. Burnett says. “At later stages, it is difficult for them to manage their intense feelings in any other way than by using food.” Alexander agrees, saying, “Patients feel that their eating disorder provides them with a sense of control and serves as a distraction from unwanted feelings of shame, disempowerment, loneliness, emptiness and grief.”

Get the Facts on Eating Disorders

Because eating disorders are a mental health issue as much as a physical one, misconceptions about these conditions are rampant. Make sure you know the truth.

Myth #1: Eating disorders are a choice. Many people make the mistaken assumption that recovery is as easy as just “eating more.” In reality, “Developing an eating disorder is at least 50 percent biologically/genetically determined,” says Dr. Linda Buchanan, the founder and clinical co-director of the Atlanta Center for Eating Disorders. Recent research shows measurable differences in the brains of those who suffer from eating disorders. “Differences in their brain chemistry increase their sensitivity to stimuli,” Dr. Buchanan explains. This sensitivity makes them overly aware of – and often worried about – their own and other people’s perceptions of them. According to Dr. Buchanan, “This generally leads to harm-avoidant strategies such as perfectionism, obsessive-compulsive behaviors, social avoidance, shyness and ultimately eating disorders.” So rather than it being a simple choice, physiological differences and the resulting coping mechanisms are major factors in these conditions.

Myth #2: Eating disorders only affect young, white girls. “This is absolutely not true,” Dr. Burnett says. According to recent studies, Dr. Buchanan explains, “The prevalence of eating disorders is similar among non-Hispanic whites, Hispanics, African Americans and Asians in the United States.” And when it comes to age? At The Renfrew Center, a national eating disorder treatment center with a location in Atlanta, the number of midlife patients is on the rise. According to their website, “Over the past decade there has been a 42 percent increase in the number of women over the age of 35 who sought treatment at Renfrew.” Dr. Burnett’s private practice has treated men and women from age 7 to 67, and at Ridgeview Institute, clients range from age 13 to 65.

Myth #3: Eating disorders aren’t a serious medical condition. Not so, according to Dr. Jay Faber of the Amen Clinics. He explains, “Eating disorders can lead to cardiac arrhythmias, renal problems and multiple system organ failure. Often, these problems are very serious and come on quite suddenly.” If you are a parent and suspect that your child may be struggling with disordered eating behaviors, Dr. Burnett recommends a medical evaluation that includes blood panels. These will reveal how the child is being affected by their change in eating and help address the health repercussions as early as possible.

Whether you’re a parent, a family member or friend, if you see general warning signs of an eating disorder, take note. Is your child making excuses to skip meals or eat alone? Does your friend make self-critical statements about her body and seem increasingly concerned with perfection? Does a family member seem preoccupied with discussing food or food-related subjects? Do you yourself feel like you have some strange behaviors around mealtimes? And of course, keep an eye out for significant weight loss or gain, though these may not always occur.
If you are concerned about someone’s unhealthy eating habits, don’t try to control the behavior by trying to force them to act a different way.

Dr. Burnett recommends simply asking about the symptoms you’ve noticed, being sure to steer clear of specific comments about weight, and then listening to their response.

After opening up the conversation, you may want to seek out someone who has a specialty in dealing with eating disorders, like a counselor, physician or inpatient treatment facility like Atlanta’s Ridgeview Institute.”Ridgeview has an access center that is open 24 hours a day and provides free assessments for anyone concerned about issues associated with emotional distress,” Alexander says. In addition to treatment facilities, support systems like Manna Fund’s online space Talk It Out encourage people to talk out their emotions rather than acting them out with food. Manna Fund also helps families with the cost of inpatient treatment, which is often a necessary but expensive step in the recovery process. Even organizations like the Atlanta National Hypnotherapy Institute can help address weight and food issues with people of all ages.Ultimately, the goal of treatment is two-fold: to stop the disordered eating behaviors and to learn to process emotions safely. Even once the disordered eating behaviors stop, treatment for the underlying issues can continue for years. Dr. Burnett recalls her own years of recovery, saying, “I spent many years in outpatient therapy to work through and deal with the shame and pain of other issues from my childhood.” Ultimately, she was able to come through the experience with a healthier mind and attitude as well as a nourished body.