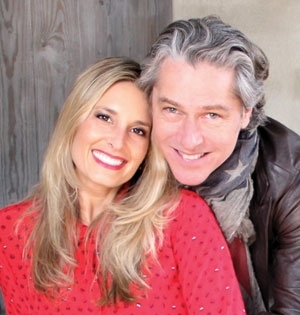 When Ed Roland first met his wife, he thought she was a guy.

Ed had some extra tickets to a football game, and a buddy of his knew a friend who wanted to swing by to pick them up. The way Ed tells the story, he was in a sparsely-furnished apartment, spending the afternoon with his son, and they were “basically lounging around in underwear expecting some guy to come get the tickets.” Instead, he answered the knock on his door to discover the lovely Michaeline standing there. She chatted with him briefly, took the tickets and then headed back down to the car where her date awaited ready to wheel them off to the stadium.

Immediately intrigued, Ed’s curiosity would be forced to simmer—he headed to the Middle East to play for the troops and couldn’t contact her for weeks. When he finally did, he refused to take “NO” for an answer. One Saturday, he insisted she meet up with him at a local restaurant, volleyed every excuse she lobbed his way and promised to sit there waiting as long as it took. She decided to go talk to him for a little while, with no intention of staying long. No intentions at all. But, there was undeniable chemistry between them and an instant connection … and another extra ticket on the table—this time to see REM that night.

Over the hours and hours they spent together, Michaeline learned about Ed’s unwavering devotion to family above anything else, a conviction she shares. “We have the same values. Family first. It’s the nucleus of success and happiness,” she says. He gushed about his adoration for his son, making it clear that time with his son ranked paramount on his agenda. She recalls, “He had a son that was the apple of his eye. He took care of his parents in every way. He showed them great respect and made many life and career decisions around what’s best for the family unit. [He showed] integrity, generosity and loyalty to family over all the things that could have easily trumped his value system.”

That date was “it” for Ed; he says that he was a “done deal” and took himself off the market. He informed her quite plainly that he did not plan to see anyone else, but she could take all the time she needed to figure out who and what she wanted. Despite her attraction, Michaeline hesitated. She’d come through a painful divorce and wasn’t sure about rushing into a serious relationship.

And, truthfully, she worried he might be a bit of a bum.

To Michaeline, he appeared to be hanging out around town all the time and living in a practically empty apartment. She knew very little about his career and told him that he ought to think about getting a job.

He had one. Still does. 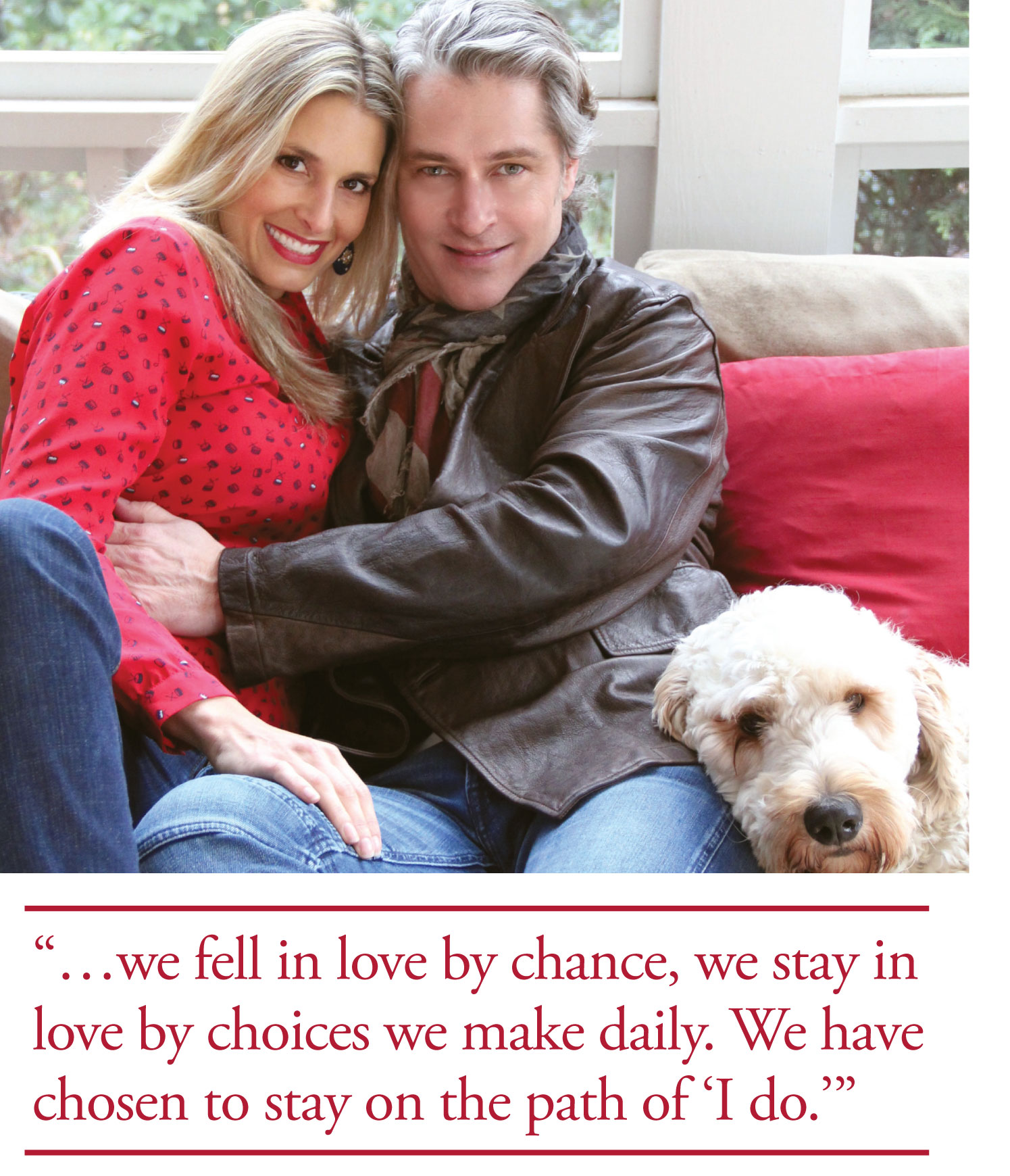 As frontman of Collective Soul, Ed Roland has spent 25 years writing songs and singing lead vocals for the multi-platinum band he started out of his hometown in Stockbridge, Georgia. Their chart-topping success began with that first radio-smash-turned-generational-anthem “Shine” off their 1993 debut album Hints, Allegations and Things Left Unsaid. With millions of records sold, a catalog of #1 hits, featured songs on movie soundtracks, adoring fans, sold-out concerts and induction into the Georgia Music Hall of Fame, Collective Soul continues to hold a treasured place in the rock firmament. Ed greets that success with an authentic gratitude and the gracious character of a true Southern gentleman. A few years ago, Ed added another venture to the mix, starting Ed Roland and the Sweet Tea Project, which exudes an entirely different spirit than Collective Soul while still retaining the signature Ed Roland influence.

Ed Roland explains that when he’s touring, his schedule is obviously hectic, but when he’s writing and recording, his life can be more laid back. He was in that relaxed mode when they first started dating, which he admits probably didn’t make much sense to the more corporate-minded Michaeline. And that apartment was sort of a pit stop after his own complicated divorce. He found a house and was ready to get settled in his own place—and he was also ready for Michaeline to be a big part of his future.

They married in Savannah in 2006 and make their home in suburban Atlanta, where they raise Lennon, their young son, and live near Lindsay, Ed’s teenage son from a previous marriage. Of their 16-year age difference, Michaeline once again divulges that she had not been aware that Ed was so much older than she when they first connected. “It doesn’t matter,” she shrugs, “and it doesn’t matter what he does. What matters [about people] is who they are.” 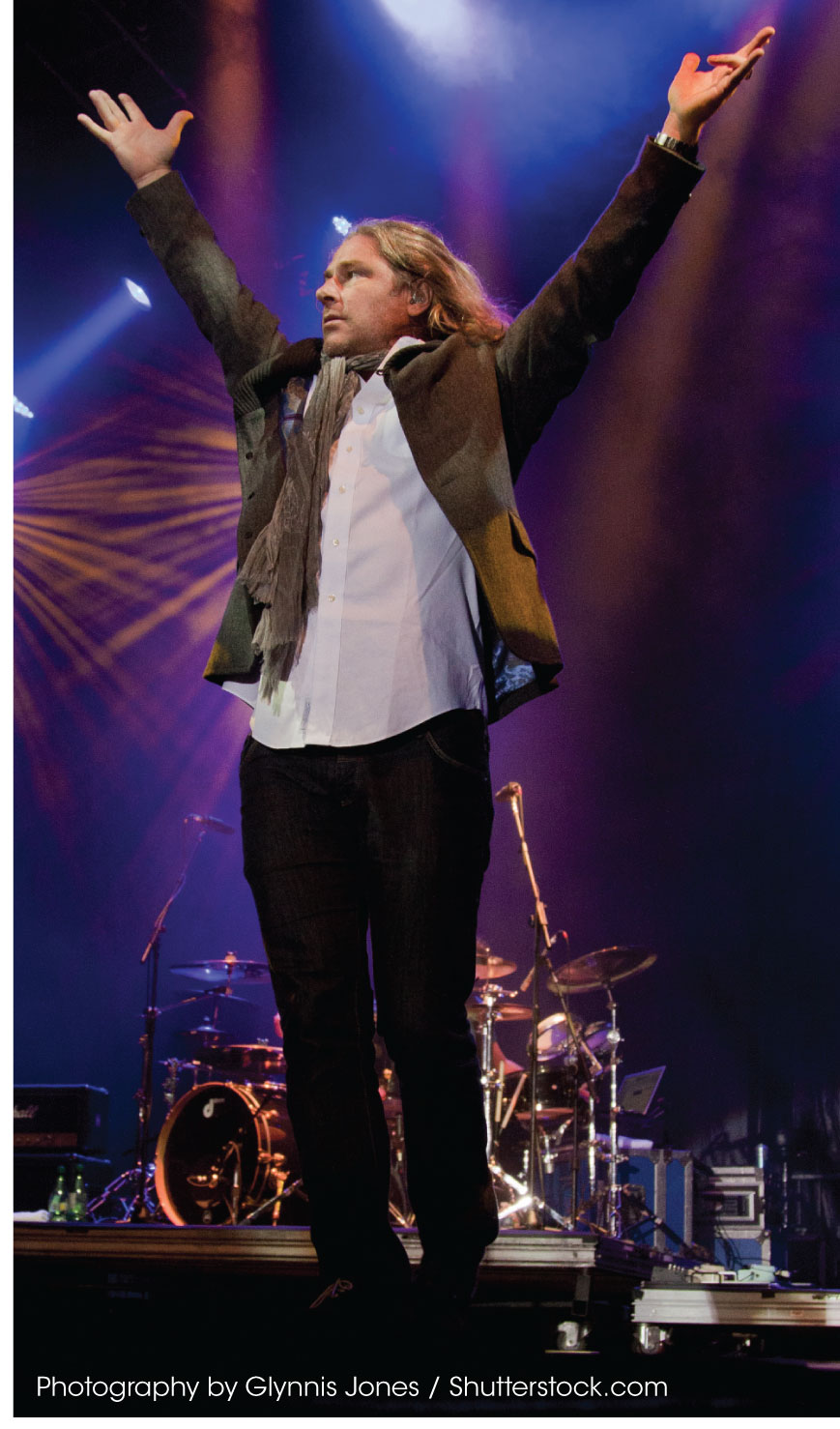 So many of us grew up harboring teenage fantasies of becoming rock stars or hanging out with them backstage and lining our school lockers with fan posters. When asked about the reality of marrying a famous musician, Michaeline confesses that she actually didn’t count music among her hobbies before dating Ed. Their relationship has inspired many of his songs, including an album dedicated to her in celebration of their 10th wedding anniversary this year. For Michaeline, these sentiments resonate at various decibels—simultaneously endearing, at the artistic expression and heartfelt emotion, and diffident, at the recognition that millions of people hear those private thoughts and sing along with them.

Similarly, Ed must think for a few minutes to get Michaeline’s business title correct and then stumbles describing her career. She’s the Director of Talent Acquisition for Atlanta-based SPANX®, a company long-heralded for female empowerment and positive corporate culture. Michaeline’s perception and insight lead a dynamic department developing both the mentorship and management of a diverse, international team. She’s a natural born listener and highly-skilled communicator, gifted with that special ability to make people feel heard, seen and validated. Michaeline thrives on schedule and structure, using the framework of a set routine to help guide and support their busy lifestyle. She’s up at 6 a.m. to work out and often in bed by 9 p.m.

For Ed Roland, tours can last months. The schedule is anything but typical—on stage late at night and up till the wee hours of the morning. Sleeping during the day, then set-ups and sound checks and back out there. He makes sure to see the family every two weeks while he’s on the road, and, in addition, Michaeline tries to manage at least one surprise trip to see him. “It can be tough on Ed,” she says, and this relationship is top priority for them. They both focus on keeping their connection strong no matter what it takes, even if that means Michaeline flies halfway across the world at a moment’s notice just to curl up next to her husband on the tour bus.

About taking the kids to visit him on tour, she admits, “It’s great, but it’s also visiting Dad at work … at the office.” Ed’s committed to being home for a minimum of two months at a time between tours. As Ed says, when he’s home, he is HOME—embracing the structure and adoring every moment of family time. He’ll get up at 6, too, even if that means grabbing a nap later in the day. He revels in the blissful normalcy of balancing carpool lines with cutting an album and taking a studio break to come up for shared snack time or homework help. There’s time for Legos, light sabers and lyrical mastery.

They both like to entertain and proclaim an “open-door policy” to family and friends. In fact, Ed regularly flings that door WIDE open. Michaeline says it’s not at all uncommon to have all bedrooms filled and people sleeping on couches. Weekend mornings could call for brewing coffee for old friends or cooking up pancakes for an up-and-coming band that Ed’s invited into the studio. All are welcome. This relaxed hospitality harkens back to Ed’s roots as a preacher’s son from Stockbridge, where front-porch-rocking-chair-fellowship fostered community. Michaeline’s family hails originally from Seattle; her dad’s job moved them several places during her childhood, eventually settling in Atlanta in the mid-1980s. She admits that she had to grow accustomed to Ed’s style of geniality—now she’s totally on board, invigorated by the bustle of a full house.

They see their lives and their relationship as a “work in progress,” and they’ve both dedicated themselves to stay on the job with sleeves rolled up. They remain consciously open to change, knowing that each new challenge will teach them a skill necessary for healthy growth—both individually and as a couple. Ed looks over at Michaeline, pronouncing earnestly, “After 13 years, I [still] couldn’t live a day without you, and we keep evolving.” Nodding in agreement, Michaeline comments on their almost yin-yang balance by noting their differences as an asset. She says that though she and Ed may seem like opposites, she’s more confused when people end up with someone exactly like them: “How do you marry yourself? The differences keep it interesting!”

These two actively nourish their relationship on a daily basis. They present a unified front and affirm that their marriage is their most important project, never to be downplayed by other interests. Michaeline elaborates, “We believe marriage is a choice we must both make each day. I gave Ed a bracelet years ago that tells him although we fell in love by chance, we stay in love by choices we make daily. We have chosen to stay on the path of ‘I do.'”