Health
Sponsored by
Partners in Health 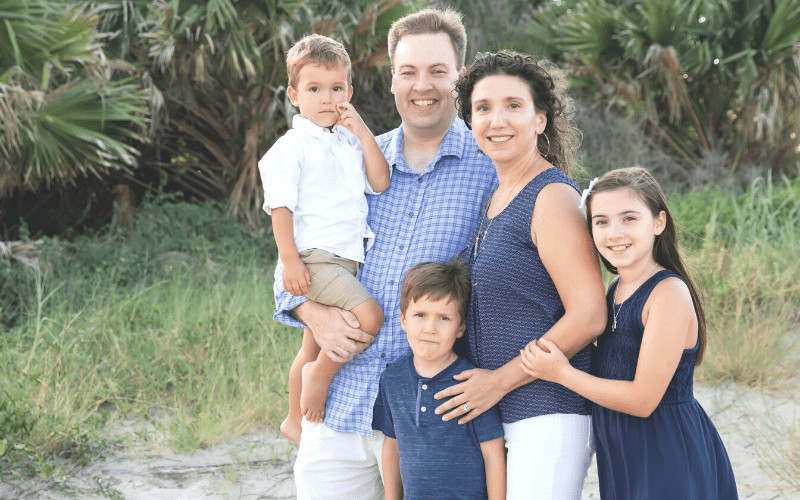 How Peach Out Power Yoga “Makes” Yogis in East Cobb

In 2007, Laura Alvis, a nurse at Piedmont Hospital, became the first patient in Georgia to receive an innovative lumbar artificial disc-replacement (ADR) implant called the ProDisc-L. Dr. Paul Jeffords performed the procedure to remove and replace a severely degenerated disc in Alvis’ lower back which had caused years of severe back pain. The surgery was successful in relieving Alvis’ pain and in July of 2008, she gave birth to her first daughter, Sarah Clair. Thirteen years later, Alvis is still going strong and now has a family of five.

“Before this surgery, my husband and I had quit contemplating having a child,” she said. “We wanted a family, but I didn’t think I could stand the additional pain, and I didn’t know what further damage it would do to my back.” Alvis had suffered from a bad back since she was 16. “In 1997, I sought out specialists and they prescribed a whole range of epidural steroids, muscle-relaxing medication and physical therapy,” said Alvis. “By the time I met Dr. Jeffords, I was depressed and never out of pain. I couldn’t assume any position that would relieve the pain and had to cut back on my hours at work.

“My husband, Scott, and I married in August 2005, and it seemed like our whole dating, engagement and married life was him taking care of me,” said Alvis. “He’d have to strap me into a traction machine at night.” Most patients with degenerative-disc disease deal with the pain through physical therapy and medication. In the past, the only surgical option was to remove the degenerated disc and fuse the two bones together. That puts added pressure on the adjacent discs and leads to less mobility.

The advantage of disc-replacement surgery over fusion is that patients can return to normal motion relatively quickly after the operation, with better function and faster recovery. It is an elegant solution, because it removes the source of the pain, while maintaining the spinal motion. Of course, not every patient with back pain is a candidate for this type of surgery.

Recently, Alvis developed some pain related to moderate arthritis that has developed in the facet joints of her spine, unrelated to the disc surgery. Fortunately, this was successfully treated with injections performed by Drs. Krystal Chambers and Reuben Sloan, fellow partners at Resurgens Spine Center, and no further surgery has been needed.

Alvis said after the surgery in 2007, “I was walking within hours and, with physical therapy and then regular exercise, I was able to return to work in eight weeks.” After eight pain-free months, Alvis and her husband were ready to start a family. “I never had a problem with my back during pregnancy,” she said. “The whole pregnancy and delivery went well, but I couldn’t have done it without first having this surgery.”

Now, 13 years after surgery, Alvis and her husband have a daughter who is 11, and two sons, who are 7 and 4, and she states, “The surgery not only allowed me to have our three children, but it has also allowed me to be active with them. We walk in the woods, ride bikes and explore National Parks.

Last year at the beach I was able to carry all the beach items each day—and play in the ocean and build sandcastles— without experiencing back pain. Everyday things like wrestling, having Nerf gun battles or playing catch are possible. With pain no longer a part of my life, I am able to enjoy my family and our time together.”

4 Lifestyle Changes to Make to Prevent Back Pain

How to Avoid Travel-Related Back Pain this Holiday Season

Three Tips To Prevent Back Pain While Hiking