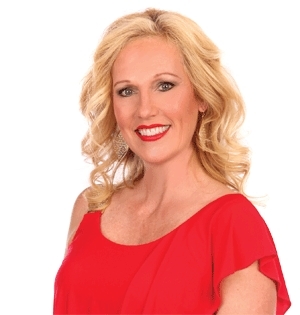 Divorce: Guiding You Through the Tough Questions

Your heart health is a many-sided issue in which your diet, exercise, family history and even your dental care play a role. In addition to being complicated, heart health is crucial to address because cardiovascular disease is America’s leading cause of death in women over 65. To take better care of your heart, implement this advice from national and local experts today. Plus, meet two local women and one man on their journeys through mistaken symptoms, genetic conditions and multiple heart attacks. After reading their amazing stories, you won’t take your ticker for granted again.

Donna Fielding became an unlikely cardiac patient when she had a heart attack in her 30s. Turn to p. 35 to read her story. 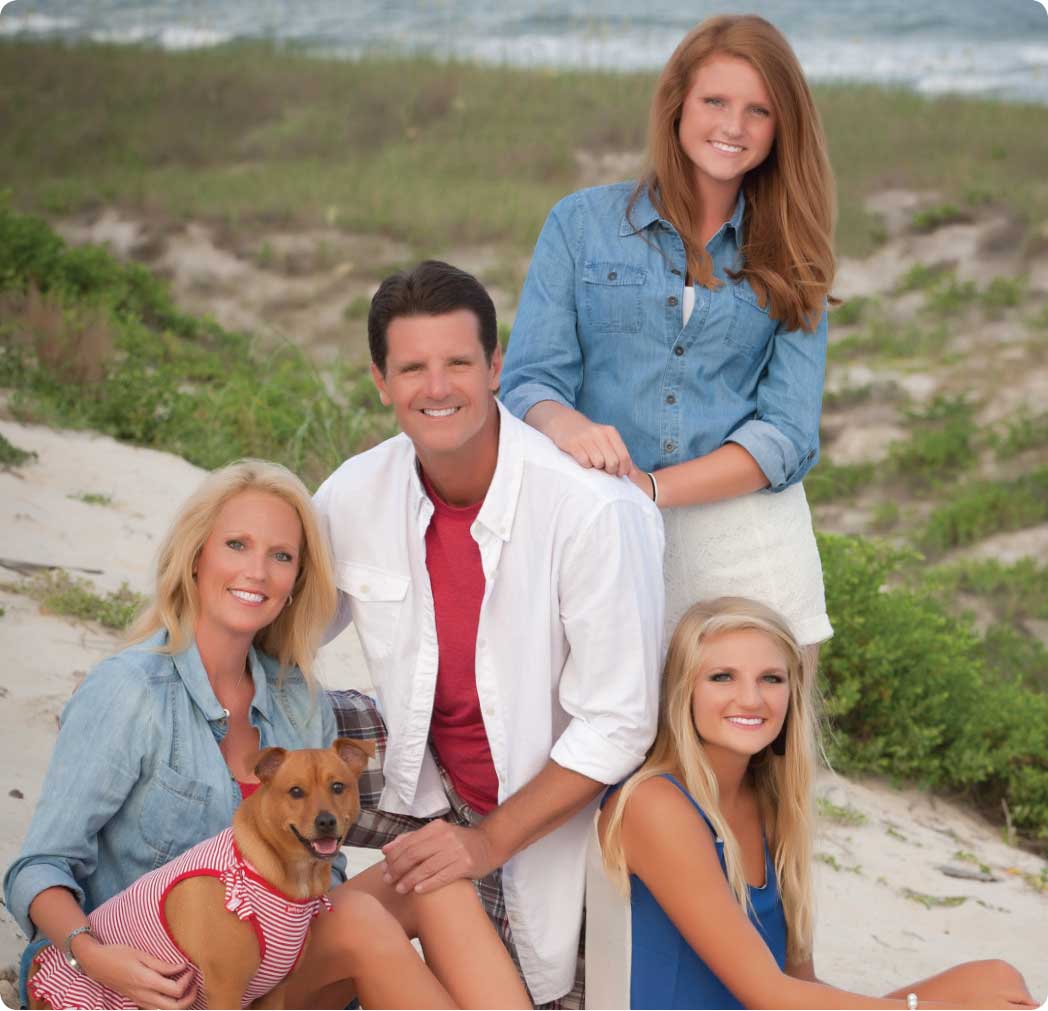 When it comes to heart attacks, McDonough resident Donna Fielding was as unlikely a candidate as they come. She exercised regularly, played tennis and stayed active with her children, ages 10 and 12. So why, on November 3, 2007, was this 37-year-old being rushed to the hospital for emergency open-heart surgery?

In the spring of 2007, Fielding noticed that her personal training sessions and tennis matches left her exhausted – more so than normal fatigue after exercise – so she headed the doctor. Some suggested that she was just tired from the demands of busy parenthood, and others blamed a chronic upper respiratory infection. Fielding had a feeling something wasn’t right, though, so she stayed persistent. “I also had jaw pain, so I even went to the dentist and had a crown replaced,” she remembers. During this process, she had an EKG and blood work done. All was normal.

At the end of October, Fielding’s ailing father passed away. At the funeral home, where she and her family greeted more than 1,300 people paying their respects, she felt faint. Her family called EMTs, who recommended that she see a cardiologist the next morning. The cardiologist did an EKG and an echocardiogram, but again everything seemed normal.

The next day, when she was donating some of her father’s belongings to Goodwill, her body spoke loud and clear. “I started feeling nauseated again,” she says. “I lay down on the sidewalk there, and that’s when they called the EMTs again, who rushed me to Northside Cherokee Hospital. I just assumed I had an ulcer or something.” At Northside Cherokee in Canton, doctors found that her enzyme levels were elevated and she had indeed suffered a heart attack. “I was wide awake,” she remembers. “I was aware of everything going on around me.” She was transferred to WellStar Kennestone Hospital. Upon arrival, they conducted a cardiac catheterization (commonly called a “heart cath”) to assess the damage. They determined she had suffered a dissection, or a tear, in the inner lining of a main artery to her heart.

At that point, Fielding’s next option was open-heart surgery to bypass the damaged area of her heart and restore blood flow. During the surgery, which was conducted by Dr. William Cooper, Fielding’s body struggled to stop bleeding. It was so bad that Fielding’s family was instructed to start making funeral arrangements. Fielding says, “They started a prayer chain, and through the grace of God and a bunch of prayer – they can’t explain it – the bleeding just stopped. They were able to complete the surgery.”

Though the doctors weren’t sure Fielding would make it through the night, her recovery was better than textbook, and she left the hospital after only three weeks. Today, Fielding has follow-up appointments with her WellStar cardiologist, Dr. Dennis Incorvati, every six months. In addition to working part time, resuming her regular exercise routine and playing a twice-weekly tennis game, she has also changed her approach to life. “I started out as a Type A personality. The beds had to be made up, dinner had to be on the table, and I had to volunteer at the kids’ schools – I felt like I had to be June Cleaver. And after the heart attack, I realized that if you can’t get it all done, and you can’t be at everything, it’s okay. Does it really matter at the end of the day? You do what you can do and enjoy the time you have with your family. I cherish my time with them so much.”

To this day, the cause of Fielding’s heart issues still isn’t entirely clear. Despite her healthy lifestyle and her lack of abnormal testing, for some reason, she still underwent this frightening experience. For others, her advice is simple: “You have to be your own personal advocate. If you are having any symptoms that are not a daily normal thing for you, or if something just doesn’t feel right, go to the doctor and take charge of your own health.” After all, no one knows your body and your “normal” better than you, so if something feels off, listen. Deciding to seek care may be the life-saving decision you never expected to make. 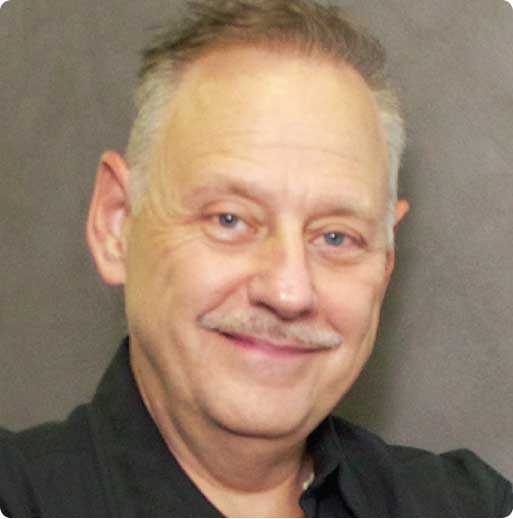 Lester Crowell
From receiving to giving

The owner of Three-13 Salon, Spa & Boutique is on his third – yes, third – heart. Lester Crowell’s heart troubles began at age 13. “I experienced chest pain, fast heartbeat and pressure in my arms, elbows and chest,” he says. This pain sometimes occurred without any prompting at all. “Many times, I would be doing nothing – like lying down to go to sleep – and my heart would race up to 200 beats per minute,” Crowell says. A faster-than-normal heart rate at rest is known as tachycardia, and it was just a part of Crowell’s early life.

But what was causing all of these symptoms? At age 15, Crowell was diagnosed with IHSS, which is now known as hypertrophic cardiomyopathy. This genetic condition meant his heart muscle was too thick, causing reduced blood flow and a whole host of other symptoms. Crowell was prescribed a medication to regulate his heart and was instructed to limit physical exercise.

Unfortunately, those management measures didn’t cure Crowell’s heart problems. At age 40, he was diagnosed with congestive heart failure and had a defibrillator implanted to regulate his heart rhythm with shocks if necessary. In 1999, just one year later, even his defibrillator couldn’t fix an episode of irregular heart rhythm, so Crowell was admitted to Emory University Hospital for 30 days. His cardiologist recommended a heart transplant, which Crowell underwent on April 15, 2000. After living with his transplanted heart for almost a decade, his body began to reject it, putting him at high risk for a heart attack. In December 2009, he was listed for a second transplant, which he received on December 4, 2010.

“After my second transplant, I really wanted to give back to the transplant community that had taken such great care of me,” Crowell says. So in 2011, he tapped into his professional skills as a salon owner and used them for a charitable cause. He hosted the first “Angels of Life” Hair and Fashion Show to raise money for Georgia Transplant Foundation, which helps families pay for transplant necessities such as medications and hospital bills. The event has continued each year since, featuring guest speakers, models and fashion trends from local boutiques. Join 600 attendees this fall to support the cause and Crowell himself, because as he says, “Seeing the community come together each year brings warmth and gratitude to my hearts!” 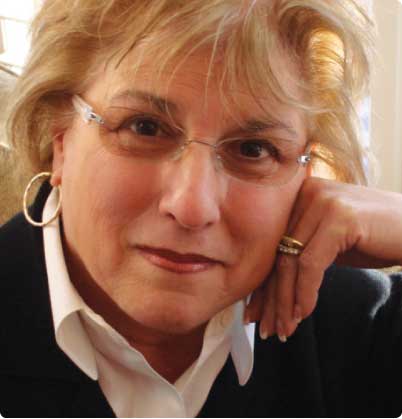 Katy Attebery
A Survivor with a Cause
By Nicole Letts

Any heart attack survivor can consider herself lucky to have come through such a serious health event. When someone has not one, not two, but three heart attacks in the span of a week, it’s enough to make her rededicate her life to spreading the word about women’s heart health.

One morning in November of 1997, a week after her 54th birthday, Attebery says, “I couldn’t get a breath. I saw dots in front of my eyes, and I had a horrible metallic taste in my mouth.” She decided to drive herself to an emergency room in Atlanta. Once there, nurses and doctors mistook her heart attack symptoms for those of an anxiety attack. She was given medication and a gurney in the hallway and told to sleep it off. Attebery took their advice and left the hospital a few hours later. “Women are used to working our way through pain,” she reasons. After all, “I walked around with symptoms for six to eight months and did not realize they were symptoms.”

Later that week, while chairing a black-tie fundraiser at her son’s school, Attebery had a second heart attack. A third – and massive – heart attack occurred just a day later. A cardiologist finally ordered a cardiac blood enzyme test, which measures the levels of enzymes in a heart in distress. The results revealed that she had indeed suffered a heart attack. Her care team completed an angioplasty and installed a stent to restore blood flow. “I spent three days in cardiac intensive care,” Attebery recalls. “The fact that I survived three heart attacks in five days is a miracle because most women over the age of 50 don’t live to talk about it. I was so happy to be alive.”

Now a healthy 71 years young, Attebery encourages everyone to know their family’s heart health history. Heart disease affected Attebery’s own grandfather, uncle and father. She says, “It doesn’t matter if [family history] is on the male side or the female side – it’s all part of your genetic makeup.” Now Attebery and her co-founder Carmen Perez spread this information through Queen of Hearts. In 2004, they began this foundation to arm women with knowledge to protect themselves from dangerous heart conditions. This charity’s ultimate goal is to empower and inform women about their heart health because, as Attebery says, “The heart is the engine that runs the entire train.”