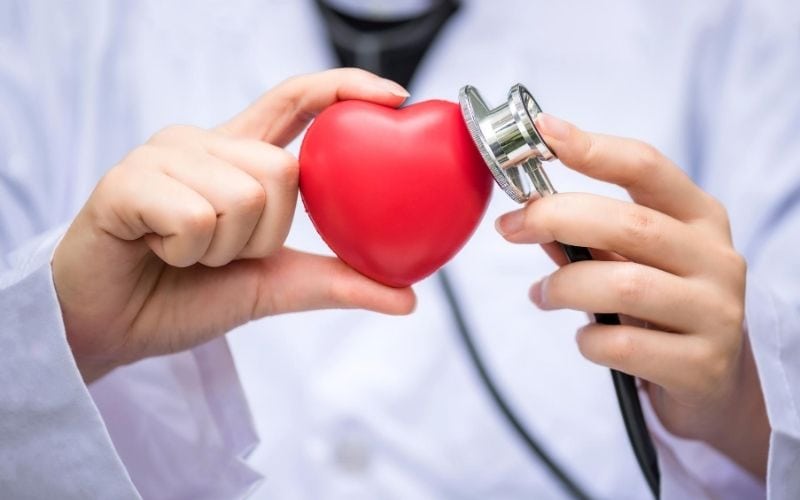 Get the 411 on heart disease, the No. 1 killer of both men and women living in the United States.

“‘Doctor, why me?’ I get that all the time,” says William A. Cooper, MD, author and medical director of cardiovascular surgery at WellStar Health System. “‘Why not you?’ is oftentimes my answer to that question.” Heart disease is the leading cause of death in the United States—more than all forms of cancer combined. It accounts for about one of every three deaths in the United States.

Heart disease is a term that covers a whole bucket of diseases and conditions. Most often, when we talk about heart disease, we’re talking about coronary heart disease (CHD) and its precursor, coronary artery disease (CAD). This occurs when plaque builds up in your arteries until it cuts off blood supply to the heart.

But there are also several types of arrhythmias, or irregular heartbeats, that can lead to a cardiac arrest and a stroke. Heart valve diseases concern the movement of blood through the heart, while cardiomyopathy indicates a problem with the muscle itself. Some conditions you’re born with; others develop over time. Some have noticeable symptoms, while others are harder to spot.

When our heart is working correctly, we take it for granted. It quietly beats and pulses without us noticing. It’s only when the flow is disrupted that we’re reminded of its power. 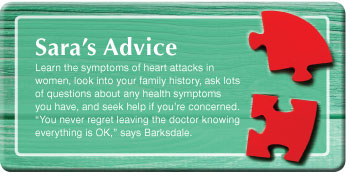 Although it’s the No.1 killer of both women and men, heart disease is still often thought of as a man’s disease. “We’re trying to change this frame of mind and make women aware that it’s their disease as well. We’re still not there,” says Viola Vaccarino, MD, PhD, and department chair of epidemiology at the Rollins School of Public Health at Emory University.

Heart disease affects women differently than men. It tends to strike later in life, for one, and even its symptoms may manifest differently. For example, when Sara Barksdale had a massive heart attack at age 33, it didn’t feel like one. There was no shooting pain in her arm, no severe chest pain. She felt nausea, pain in her shoulders, tingling and numbness in her fingers—and then sharp pain in her jaw. Google and her husband said it was time to head to Northside Hospital’s emergency department, where she was diagnosed with a heart attack.

Ninety percent of women have at least one risk factor for heart disease or stroke. And considering that fewer women than men survive their first heart attack, we can’t afford not to know them.

Sara is hardly what we think of as the poster child for a heart attack. She had no family history of heart disease, she exercised regularly and she maintained a mostly healthy diet. There’s still plenty we don’t know about who’s most at risk and why, but there are also some facts we know for sure.

The higher these numbers, the higher your risk: 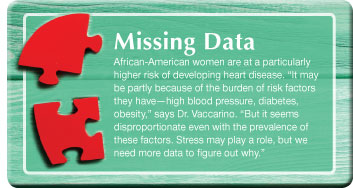 These risk factors affect both women and men very similarly. But there is one factor that may strike women harder: stress. “Things like depression, early life adversities, low socioeconomic conditions—in general, stress appears to have a more powerful effect on the heart and vascular system of women, and these factors may affect risk very early on,” says Dr. Vaccarino.

While most risk factors can be addressed with behavioral changes, family history is not one of them. But knowing about your family’s health gives you an advantage.

“These are tough things for families to talk about,” says Dr. Cooper. “But take the time to ask, ‘Wait a minute, this happened to dad at what age?’ You don’t want to wait until you’re in my hands to find out.”

He often tells his own story to illustrate the point. His brother Alvin, who served as the best man at his wedding, died of a massive heart attack at the age of 45. His sister Vicki died at age 41 after surgery to repair issues caused by an earlier heart attack. She went into cardiac arrest and died on September 12, 2001, while Dr. Cooper was stranded in another city and unable to fly home.

“I’ve got that family history. I’ve got a big target symbol on my back,” he says. “But I often see families scrambling to figure things out when they’re already in my hands. We’re behind the eight ball at that point. When you’re prepared, the consequences of whatever it is that happens to you are going to be more positive.”

An Eye on Prevention

Starting early is what we tend not to do when it comes to heart health. “You should be thinking about heart health in your teens,” says Dr. Cooper.

Dr. Vaccarino agrees. “Many women have the misconception that as long as they are young, they have other things to worry about. It’s important to change this frame of mind. Heart disease is chronic, it starts in youth in both men and women, and it progresses. The earlier we act, the better.”

For every age group, the American Heart Association (AHA) recommends a healthy diet and physical activity. Don’t get too caught up in which diet is best. “There is a lot of confusion around diet,” says Dr. Vaccarino. “Stick to what we know is proven and really works. Focus on a vegetarian diet as much as possible and eat meat and fish in moderation.” Limit sugar-sweetened beverages, like juice and soda, and cut down on sodium.

If you’re looking to make a change, Dr. Cooper’s first piece of advice is to do a food diary. The next step: gradual elimination or replacement. He once encouraged a friend to swap out his 2-liter bottle of soda per day with half diet and half regular soda. It was the first step on the road to losing more than 200 pounds.

When it comes to physical activity, every little bit counts, but ideally, you should be getting a good mix of aerobic and muscle-strengthening activities—as in, not just cardio. “Put forth some milestones that are achievable so you don’t get discouraged,” says Dr. Vaccarino. “Small things little by little can achieve bigger goals.”

If lifestyle changes aren’t enough to keep a patient’s numbers in line, a doctor may prescribe medications to control factors like blood pressure, heart rate, or fibrillation. But it’s possible that surgery or other procedures will be necessary. Fortunately, advances in cardiovascular technology are changing the patient experience. 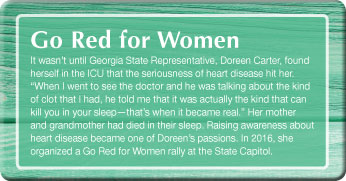 When patients get to Dr. Christopher Meduri, MD, MPH, an interventional cardiologist at Marcus Heart Valve Center, they’re often scared. “People associate heart procedures with having their chest cracked open, with bad outcomes. But today there are so many minimally invasive, and even noninvasive, options. This is the new frontier not only in the cardiovascular field but in all of medicine: developing new techniques with much less invasive strategies.” In these cases, a long recovery and drawn out hospital stay is no longer the norm. Patients can often be walking around in a few hours after surgery and home in a matter of days.

Gail Edwards of Bartow County had already undergone open-heart surgery once, to replace her mitral valve. When her tricuspid valve began leaking, her doctors told her a second open-heart surgery was high risk. Instead, Dr. Meduri and the team at the Marcus Heart Valve Center suggested she join a clinical trial for a new heart procedure. Instead of having her chest opened, she had a tube threaded through her neck and into the heart to repair the valve. She was the very first patient in Georgia to undergo the procedure, and she’s doing just fine.
Minimally invasive options aren’t appropriate for all patients. Some patients’ conditions are better served by traditional surgery. The risks, benefits, and costs of any procedure should be part of a conversation with your doctor.

Dr. Meduri stresses the importance of choosing a hospital with a large volume of the procedure you’re having done. “You want to choose a hospital with a team of people who have very specialized training, people who are very focused on just a few things. It results in better outcomes and better care.” Especially if you have a complicated condition, look for hospitals that are involved in research and clinical trials; they can provide access to new treatments that aren’t yet on the market.

The Road to Recovery

After a heart event or surgery, the doctors still bring it all back to healthy living.
“That discussion starts at the first appointment,” says Dr. Meduri. He pushes for patients to start being active as soon as possible after their procedure, to continue with weight loss, to walk frequently and eat healthily. “The choices you’re making don’t just affect you for one week, or one month. These are decisions about the quality of your whole life going forward,” says Dr. Meduri.

For patients struggling with obesity, there are chronic disease management and weight management programs at many hospitals to assist with weight loss. “It’s old, archaic medicine to just say, ‘Go eat healthy and exercise,'” says Dr. Cooper. He notes that support groups make a big difference to his patients. “The most important thing is to keep encouraging people,” he says. “Encourage them always.”

And that psychological aspect is important. Heart health isn’t just a matter of taking care of your body. It’s choosing what you want your life to look like 5, 10, and 20 years from now.