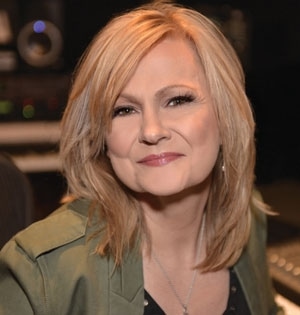 Economic incentives and tax breaks might have lured Hollywood here, but Atlanta’s charm keeps the industry heavy hitters clamoring for more time in the Big Peach. Large studios, such as Tyler Perry’s and Pinewood’s, have staked their claim—Perry breathing new life into the old Fort MacPherson and Pinewood taking it one step further, recently announcing plans for the Pinewood Forrest live-work development adjacent to the studio complex. The increase in production activity also boosts the attention and resources for the already-booming Atlanta music scene, as well as our incredible theater and dance talent.

So, what do the local pros make of the increasingly luminous twinkle of what some refer to as “Yallywood”? 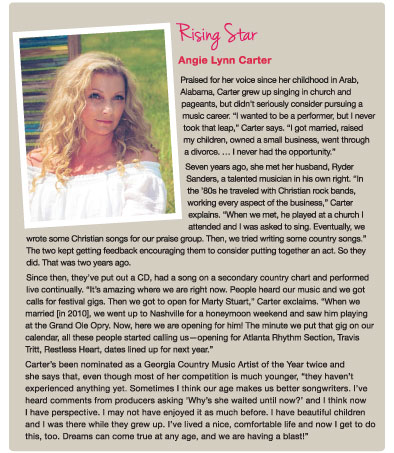 “Atlanta has been pregnant with this for a long time,” proclaims Jan Smith, aka Mama Jan. She should know. She’s practically been a midwife during this labor. Known throughout the world as a premier vocal coach—cultivating talents such as Rob Thomas, Usher, Justin Bieber, The Band Perry and many more—Smith holds a true reverence for the artistry of music. “Historically, there’s always been a very rich culture of music here. Artists have come up from this soil or traveled here to hone their craft.”

Smith started out herself as one of those homegrown talents, raised in suburbs south of Atlanta. Born with a musical gift, Smith cut her first record at age 15, embracing the influence of singer/songwriters like Joni Mitchell and the soulful sounds of gospel and blues. She sang her brand of Southern rock in various bands, the most regionally well known being the Jan Smith Band, and always knew that music was her lifeline. She graduated college with a degree in psychology and practiced as a therapist for years while also playing in bands and recording at home. In fact, it was shopping for gear for some of that recording that moved her career in a completely different direction. 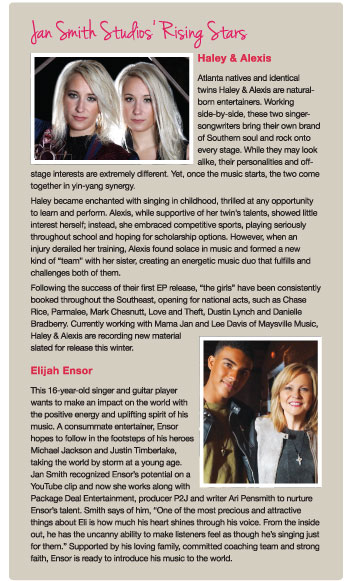 She purchased some used equipment from a rock guitar instructor and he asked if she could help a client of his that was losing his voice. “I took that one client for once a week,” Smith explains. “This artist got stronger, sang better, and was able to move his band forward. Then there were other singers—the rock singers, the urban singers, the rappers. The classical singers and the Broadway people had always been catered to, but not these salt-of-the-earth artists. I understood their needs.” Soon, Smith went part-time as a psychologist to serve all the new vocal clients and then it became her primary business. “Now, 30 years later, I have the largest roster of charting artists of any vocal facility. It’s been a process of continuing to help other artists. I perform now when I want to and I am always an artist first, even in production.”

Jan Smith and her team see about 200 people a week in the studio and have a list of over 400 waiting to get an appointment. Her legacy is one of truth and excellence at all levels. “I live in an industry of smoke and mirrors. Because of that, I think the truth is paramount,” Smith proclaims. “I don’t make people stars, I work with a lot of them and I keep some of them there. But that’s not my intention. I would treat anyone the same way that I treat Justin Bieber or Jill Scott or India Arie. I’m going to honestly assess and evaluate what they want to achieve and their skill set. When I am sitting with someone who wants to sing better in their church choir or a kid trying out for a part, that’s just as important to me as someone standing on the stage at Madison Square Garden. It’s brokering people’s dreams. That’s a holy thing and I don’t take that lightly.”

Smith applauds the way her beloved hometown of Atlanta has become a place where more artists have an opportunity to make performance dreams come true. Just as with so many other facets of the entertainment industry, she views Atlanta’s “big break” as a matter of timing. “There’s a season for all things and there’s been a concerted effort by people that have worked in this community for a long time,” says Smith. “Our politics and arts have never held hands and walked together the way we are attempting to do now. That changes the landscape of what can happen. I think the South is rich in that culture and has never stood up to claim that. I think that’s what’s beginning to happen now.” 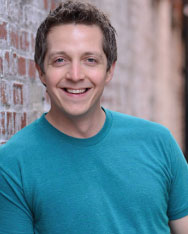 A California native, Erik Lingvall moved to L.A. by age 21 to start working as an actor. “At first, I made every mistake in the book,” Lingvall confesses. “But, luckily, I started to surround myself with a good team. I got a reputable agent, was auditioning every single day and working. Then I transitioned to the other side of the camera and dabbled in everything from casting to production. Eventually, I started producing workshops and showcases, discovering that I really loved working with people who were just starting to get into the business.”

When Lingvall first relocated to Atlanta, he wasn’t sure about the opportunities available in the entertainment business. “Once I got settled in here, I realized that things are happening in Atlanta, but I also saw that there are major voids,” Lingvall notes. He saw the local industry growing faster than the existing infrastructure could handle—much like Atlanta traffic. “The difference in my industry, versus traffic, is that in traffic you just get a traffic jam,” Lingvall clarifies. “In [entertainment], they hire everyone from elsewhere. We need to train people. There is so much work in so many facets of the industry.” 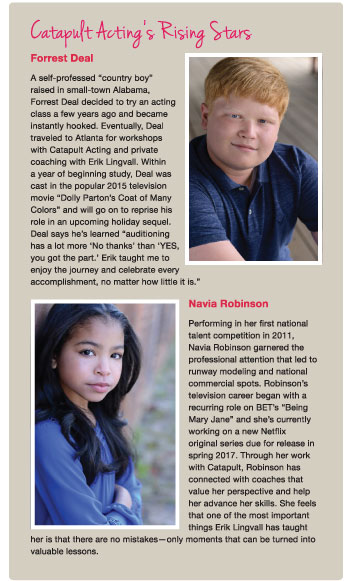 Catapult Acting Studios grew from Lingvall’s goal to serve that industry growth through education. Lingvall says he got out of acting when he stopped enjoying the overall process. “I was getting too much in my head,” he confesses. I think that’s one of the biggest problems actors have when they go into the audition. It’s something few acting coaches teach. It’s good to prepare the script, but it’s really about expressing a part of yourself through a character. Our program centers around embracing authenticity. I don’t teach people to be actors, I teach people how to be better at who they are. We try to get students to understand that fear is a choice and you can remove that fear, instead focusing on faith. When you start to make that shift, other things happen because you have a new perspective.”

Lingvall goes on to say, “Our goal with Catapult is to be a creative hub with nonstop programming, to find as many amazing coaches and programs as possible. What makes things great is collaboration. Atlanta’s such a melting pot of all these different types of people. Creatives are pouring into the city with progressive ideas. We have the busiest and most convenient airport in the world, the climate is very good for this industry and it’s not as expensive as NYC or L.A.”

But beyond the logistics and statistics about Atlanta, Lingvall taps into the local spirit that he feels elevates the city. “The biggest thing is that there’s a sense of community in Atlanta. I’ve never felt that before,” Lingvall praises. “In Atlanta, we are all rooting for each other. Community creates movement!” 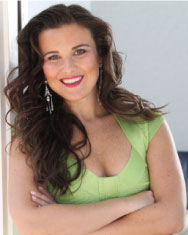 Raised in South Florida, Tara Simon graduated high school from the prestigious Dreyfoos School of Arts and then headed to Broadway. Landing a lead in the musical “Fame,” Simon toured Europe with the production and returned to the States feeling as though she wanted to use her talent differently. “All those years of training—and I was missing the mark somehow,” Simon explains.

She returned to Florida, completed her bachelor’s degree in music performance, married and moved to South Carolina, where she gave vocal lessons out of her home. “Throughout my entire career, I’d get the question, ‘Do you teach? Can you coach my kid?'” Simon explains. “Since the life of a performer is at night, during the day I’d teach and that’s how it got started. For a long time, I didn’t take it seriously, but then [in South Carolina] Peter came along.”

Peter, a young boy with Down Syndrome, was a musical prodigy and his parents had not been able to find the right teacher to work with him. Simon decided to accept the challenge, marveling at the complex piano pieces he picked up at warp speed and vowing to push him to achieve. “He changed my heart. There was purpose and a high calling,” she reveals. “I realized that if I could make that kind of difference in someone’s life I could really do something meaningful. That’s what was missing [from performing].” 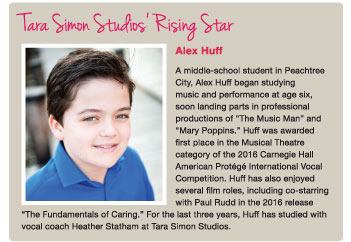 When Simon and her husband relocated to Atlanta in 2011, she focused on her coaching program. She went from teaching out of her home to using space in a local church to, finally, two years ago, converting an old house in Smyrna into a beautiful studio facility. Now, she and her professional staff are able to accommodate all their students and offer a full range of performance coaching.

Simon and her team impart a pragmatic perspective: “It’s called the music business and the entertainment industry,” points out Simon. “You are a small business person before anything else. You are not a starving artist, you are an entrepreneur.” She encourages learning all aspects of the business and considering all avenues. Simon gives the example of a student heading to college planning to major in vocal performance but also considering a companion study in business or entertainment law. “I don’t buy into the idea that you need an outside skill that is totally unrelated,” Simon affirms. “I believe that if you do what you love that you never work a day in your life.”