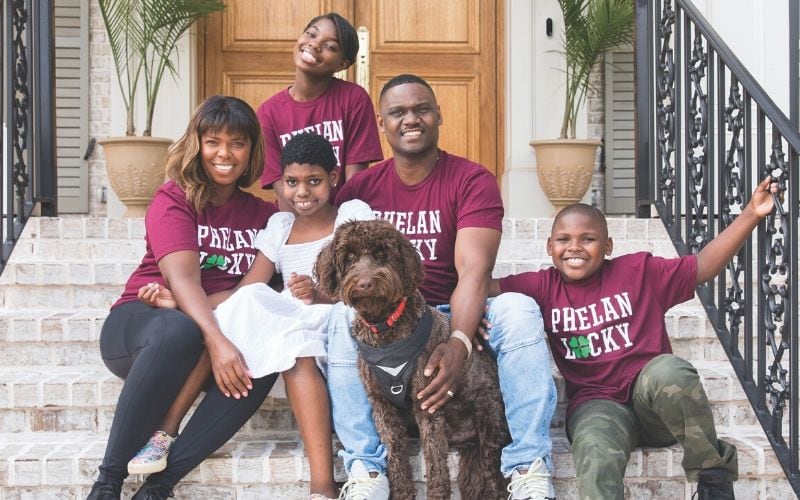 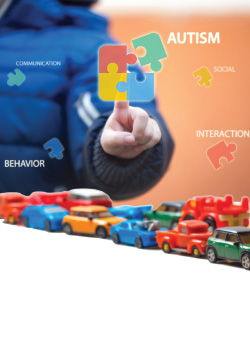 The Cain family consists of five go-getters. There’s mom, Mañana, a commercial and residential realtor with Keller Williams and owner of Bridge Boutique. There’s dad, Khari, an esteemed record producer known throughout the music industry as “Needlz.” There’s big sister Amani, 15, an up-and-coming performer in her own right with a song on iTunes called “U Need Me Too,” and there’s little brother Nasir, 9, who, with a talented supportive family like his, is well on his way to discovering his own spot in the Cain dynasty. And then, there’s middle child Makayla, 11, an inspirational young lady whose story has laid the foundation for something much bigger than she can possibly imagine. At just 18 months old, Makayla was diagnosed with autism, and after further genetic testing, was eventually diagnosed with Phelan-McDermid syndrome, also known as PMS. PMS is a rare genetic condition in which the 22q13 chromosome is deleted, causing weak muscles as well as other medical and developmental delays.

With a diagnosis in hand, Mañana and Khari dove headfirst into getting Makayla the necessary care she needed. That meant a lot of research, a lot of meetings, and a lot of cash. “We ended up paying $6,000 to $8,000 a month for therapy,” explains Khari. It was then that the family realized that their work with and for Makayla would be a marathon, not a sprint, and that unlike others who may find themselves in a similar situation, the Cain family was armed with the resources to give Makayla what she needed. “A lot of people don’t have a lawyer or advocate to help them. A lot of people don’t even know what an individualized education program [IEP] is, and those who do know, leave it up to the school to dictate their IEP. So for us, a lot of what we do is trying to bring awareness to this issue,” says Mañana.

That’s where the Cain family’s latest initiative comes in:
Makayla Moving Autism, a traveling state-of-the-art bus equipped with seasoned, licensed professionals who will conduct screenings, provide parent education, implement therapies, and encourage advocacy. The plan is that in 2020 the bus will be seen around the city at various festivals and events but will primarily be an educational resource in communities of color. 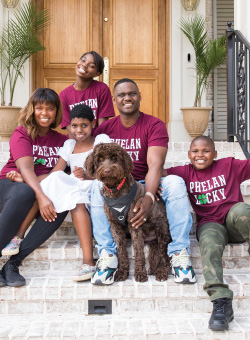 The Cain family wants to make a dent in these statistics and change them for the better. While the Cains and their talented partners won’t be able to formally diagnose children on the bus, they can spread awareness and point people in the right direction for getting the answers they deserve, and the support they need. “We want people to return. We don’t want it to be a one-time experience.
We’re all about developing relationships with these families,” Khari says.

Makayla Moving Autism, the traveling autism education resource, will be Makayla’s legacy as well as a legacy for the entire Cain family. For now, the Cains have launched their fundraising efforts, which are live on a GoFundMe page, but even more information about the Cains and their plans can be found on their website, www.aslongasigotyou.com. Events and updates will be posted regularly, and soon enough, website visitors and donors will also be able to view a short documentary film of the same name about Khari and his family. “[The bus] is really about our journey to provide a better life for Makayla, and it’s turned into this big thing. She’s a big a part of it, and it’ll be great for people to meet the person who inspired it all,” says Khari.