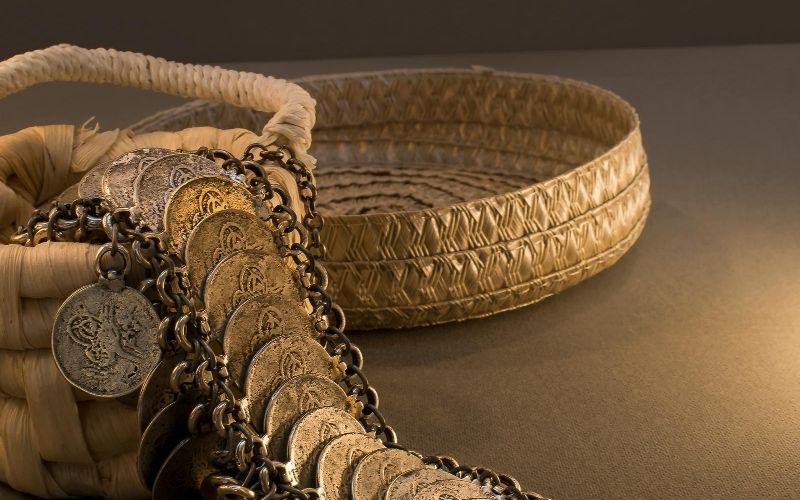 My Best Self: Ashley Lorenzo

In the eyes of this celebrity jewelry designer, beauty can be found in the most unexpected materials.

Mark Edge’s obsession with hunting down vintage materials, like 1920s Parisian coins, for his renowned Mark Edge Jewelry line extends to his own, unique collection of art, antiques and objects that evade proper classification. This talented creator recognizes the beauty of the past and celebrates its importance by taking special materials and objects and presenting them in fascinating, new ways.

“The materials that I find sort of dictate what I will be designing,” Edge says. Described as “ecovintage,” Edge’s jewelry focuses on the reclaimed, recycled and reinvented. And his ability to repurpose materials in inventive and exciting ways isn’t something that just fell in his lap—he’s been honing his skills for more than 30 years.

Edge found his passion for jewelry all the way back in junior high school, in his native Birmingham, Alabama, when his father offered him two options that summer: attend a silversmithing class in a local mall or escort his father to the family’s lumber company. The answer was easy.

“For 15 hours over the course of a month, I learned jewelry,” Edge says. “By the end of that class, I had the best piece of jewelry [a sterling turquoise ring]. I then started selling to boutiques and I couldn’t even drive. I was ‘the kid at school with jewelry’ and sold it from eighth through 11th grade.”

While at the University of Alabama, Edge put the jewelry business on hold. However, in 1994, his entrepreneurial spirit led him to launch Mark Edge Jewelry.

Today, Edge creates his wearable art, popular with celebrities such as Jane Fonda and Courteney Cox, based on the available materials that dictate the look. Though the materials may change by the season, there usually are some common themes between collections—for example, there are always opposites in his work; perhaps shiny, dressier beads are paired with a dark pendant. He may come across interesting metals or coins at antique shops, estate sales or other random places and then let the pieces permeate his psyche until he’s ready to start working.

“Getting started is the hardest part,” says Edge. “I’m slow to start but once the ideas happen, they’re just pouring out of my head. By the end of the process, I’m like a jet engine and it takes a while for me to stop. It’s a bizarre process that becomes really easy and exciting.” Edge is a man who values authenticity and integrity at its highest form—both in his work and the art and antiques he collects.

His Midtown residence is filled with more than 100 pieces of art, from mostly local artists, as well as unique knickknacks like antique globes, oddball lamps and midcentury, gothic accessories. Anyone who walks into his eclectic home is greeted by its welcome wagon, which comes in the form of a Chihuahua named Jack.

The friendly dog isn’t only Edge’s companion, he also helps him be his “best self” by getting him out and about. The two enjoy walking in Piedmont Park and visiting the Atlanta BeltLine. Edge also stays fit by exercising about three times a week at LA Fitness and following a low-carbohydrate, organic diet.

“I used to drink a Coke a day, which is basically toxic,” Edge admits. “Sugar is like rust on a steel pipe, so I try to be good.” Being “good” involves eating healthy, getting educated on nutrition and asking chefs and waiters what exactly is in a meal he orders. He swears by the book “Food: What the Heck Should I Eat?” by Mark Hyman, MD, for helping him understand and address what food choices to make.

All that healthy eating, which he mostly does at his beloved MetroFresh, as well as at other Midtown hot spots like The Optimist, Better Half, and Farm to Ladle, added to his workout routine help Edge stay healthy and energized for future projects. Oh, all that combined with his secret weapon: weekly 20-minute chair massages at Highland Spa. (“That 20 minutes is amazing and rejuvenating—I can solve all of my problems!”)

Creating a vision for his jewelry company isn’t on that list of problems, though. “I love what I do for a living,” Edge says confidently. “Humans need a purpose and something to get up for every day, even if it’s volunteering for a charity that they support.” Edge works with Open Hand Atlanta and donates jewelry to numerous charity auctions.

It’s hard for him to describe upcoming collections (though Fall/Winter will feature those lovely French coins from the 1920s) because much of his design originates from what he discovers at places like Scott Antique Markets. However, he knows the special quality of something when he comes across it.

“Being picky is almost a burden,” says Edge. “The benchmark is set so high for me to like something. I’m an artist. It’s all about having love for what you do—I can’t imagine having a job I didn’t love.”