Affordable Healthcare: How you can make informed decisions about your healthcare costs 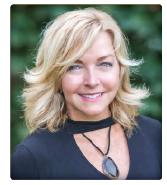 Let me explain. As dentists, it was always a challenge for us to get patients to understand the worrisome issues we were seeing in their mouths. So the idea among patients to wait to take action or make an appointment “until something hurts” prevailed—usually until the problem was far worse than it needed to be.

Utilizing amazing technological advancements, we can now show a patient a specific problem in their mouth on the monitor in real time. Within a second, the intraoral camera can pop up a photo so the patient can see exactly which tooth has the issue. The first comment I usually hear from the patient is, “Is that my tooth?” This makes it easy for the patient to make an informed decision about their mouth or condition. As a dentist, I get to be the messenger, not a salesman that is trying to convince you with a “trust me” attitude. I didn’t go into this profession to sell anything. I personally love these cameras! My office would be lost without them. We can see cracks, decay, broken teeth, document lesions and abnormalities as a historical record or as an ongoing reminder for the patient.

“Thanks to amazing technological advancements, we can now show a specific problem in a patient’s mouth on the monitor in real time. Within a second, the intraoral camera can pop up a photo so the patient can see exactly which tooth has the issue.” — Jill M. Golsen, DMD 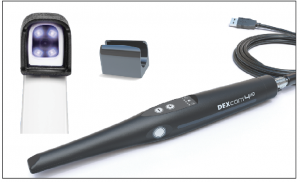 An intraoral camera looks like a wand with a camera screen at the tip. This camera is linked to the patient’s computer file so the information is stored with the exact person the photo belongs to. So alongside a patient’s X-rays, their photos are there too.

Here are some specific examples of what these cameras can do: Another camera we utilize in our practice is called a “Spectra.” This camera can actually measure the depth of decay in the deep grooves of your teeth. Before this camera came along, we used to just check those grooves with the explorer to see if it got stuck. It sounds simple but, again, more damage done left untreated. These depth readings are documented and added to the patient’s records as well. 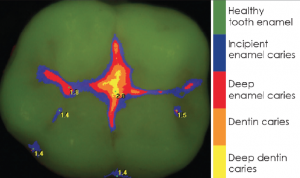 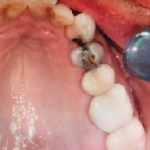 The best part about these two cameras is that there is no radiation used at all. So of the four ways we now use to visualize and diagnose—three out of the four use no radiation! As a patient and a dentist, I think this technology is a game changer!

Knowledge is power. Ask your dentist if he or she can take a picture of the issue and show you what they are seeing. To own what is going on in your mouth is being proactive. See something? Do something!

A native of Florida, Dr. Golsen attended the University of Georgia, and received a Bachelor of Science degree as well as a DMD from the Medical College School of Dentistry in 1993. Dr. Golsen was a clinical instructor at Perimeter College School of Dental Hygiene and past president of the Georgia Academy of Cosmetic Dentistry as well as, an international trainer for Kreativ air abrasion technology training dentists from all over the world on the technology. Dr. Golsen has been practicing for 24 years in Alpharetta, Georgia. Dr. Golsen has two sons. One is a first year Vet Med student at the University of Georgia and the other is a senior in high school. She is also a 7 year breast cancer survivor!

Erin Spain Shares 25 Homes Projects You Can Commit To

Your Best Love Life Yet! Dating Over 40

How Healthy Are Your Hormones?

The Sleep Apnea and Stroke Connection

How to Start Your New Year with a Healthy Spine