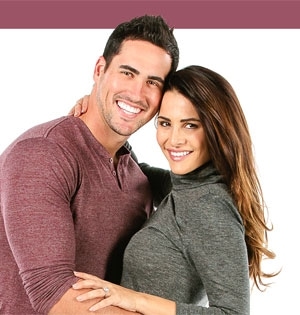 When ABC’s “The Bachelorette” featured Atlanta native Andi Dorfman for its 10th season, we at Best Self Atlanta eagerly tuned in. Not only was Andi an assistant district attorney in Fulton County before the show, but by the end of the season, she was engaged to the baseball-playing bachelor from Brookhaven, Josh Murray. The two seemed very much in love, but as is the way with reality TV, the camera doesn’t tell all. Josh and Andi sat down with Best Self Atlanta to give us the full picture of their life together now that the cameras have stopped rolling.

Talk of the Town
As soon as the final episode of “The Bachelorette” aired in July, Josh and Andi hit the town together and haven’t stopped. Andi says her favorite part of sharing a city is showing Josh around, since he originally hails from Tampa, Florida. “I love taking him to new restaurants,” she says, particularly Decatur’s unique offerings. “Our date night spots are usually somewhere good to eat. We eat sushi probably twice a week.” 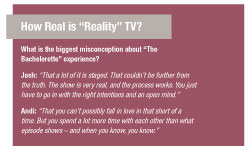 When they want a night in, the couple regularly enjoys downtime with Andi’s family. “We see my family probably once a week. I grew up having dinner with my family every Sunday,” she says, a tradition they do their best to continue. “Our travel schedules don’t always allow it, but I’d say we see them once a week on average, which is really nice for us.”

Their time together in the same city has helped them get to know each other even better than they could on the show. Before now, Andi says, “I didn’t know what a clean freak he is!” And Josh has learned plenty about Andi too. “I have learned that she’s a tremendous cook, that she can’t fall asleep at night unless she’s watching TV, and that she likes to sew her clothes constantly – she’s great with designing things.”

Working It Out
Andi hasn’t returned to work yet – their busy schedules make a 9 to 5 nearly impossible right now – but she says, “I miss my job and being a lawyer. It’s something I would like to go back to once everything settles down.” Her role as an assistant district attorney always felt like a logical fit, chosen while Andi was in law school at Wake Forest. “I like to think that the career chose me,” she says. “I was in law school, and I worked for the DA’s office one summer and was just like, ‘This is it for me.’ I had a great boss who took me under her wing, and it was a no-brainer.”

Part of the perfect fit, Andi says, was that the job allowed her to serve the community she grew up in. “At times it was hard because you don’t always see an immediate impact of your work, but over time, it becomes more and more apparent.” Plus, the varied daily schedule kept her on her toes and intellectually stimulated. 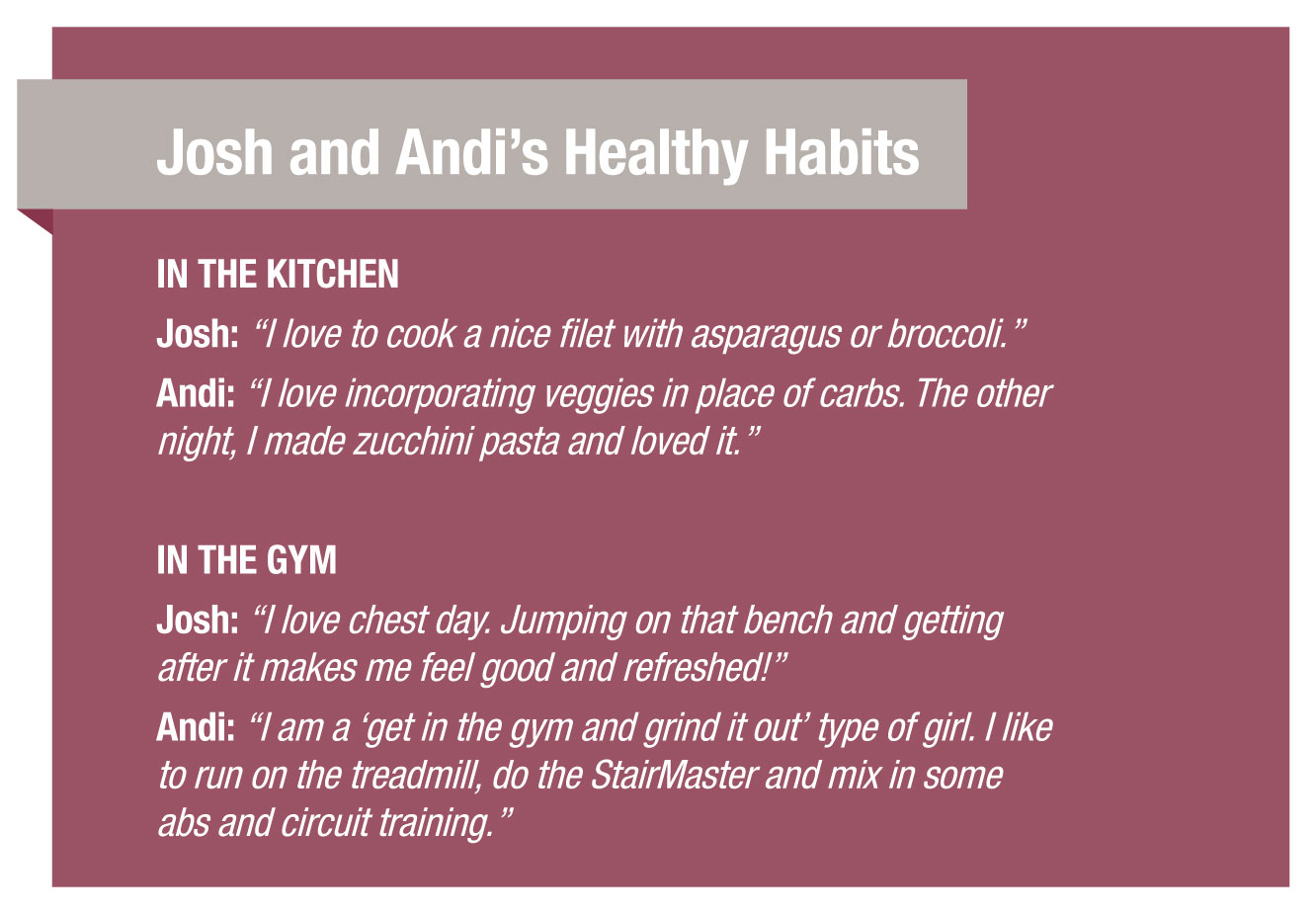 Her demanding career and top notch education even equipped her for her experience on “The Bachelorette” by honing “my BS meter,” she laughs. “I think my education helped me to be as practical as possible in what could be perceived as an impractical situation.” The one thing it couldn’t prepare her for, though, was the media attention. “I think, unless you grow up in that lifestyle, nothing can prepare you for it.”

Despite their busy schedules and media attention, Josh is moving forward with the next steps in his own career. From baseball player to financial advisor, Josh now leads a team in direct sales with a company called AdvoCare, which caters to athletes and other health-conscious consumers. His interest with the company originally began through his brother

Aaron Murray, former Bulldogs quarterback who was drafted by the Kansas City Chiefs this year. “Once Aaron became an endorser for AdvoCare after he graduated from UGA, I decided to start trying some of their products,” Josh says, which range from herbal cleanses and supplements to energy bars and workout recovery drinks. After feeling their positive effects, Josh wanted to help spread the word. “The most enjoyable part of working with AdvoCare is that I see people’s lives being changed for the better each and every day,” he says, as they begin to live healthier, more active lives. “There is nothing more rewarding than helping others. It makes me a happy man.”

For Better or For Worse
That desire to help others, along with their newfound place in the spotlight, has positioned Andi and Josh to take their philanthropy to the next level. In the months since “The Bachelorette,” the couple has appeared at Jeffrey Fashion Cares, The Pink Agenda’s Toast to a Cure and many more national and local charity events. These opportunities have only stoked their enthusiasm for giving back. Josh says, “We love helping with underprivileged children and trying to make the world a better place for them to live.”

This cause is particularly dear to Andi’s heart too. She says, “I have seen firsthand the effects of at-risk youth in regard to crime, education and overall well-being. It’s really important to give those children an opportunity to live a great life and to contribute in a positive way to our community.” Andi says she also wants to help empower other women. “As a woman who was taught to be independent, I know how important it is for women to have careers and have the tools to be independent.”

These days, founded on the common priorities of caring for the health of their community and themselves, their relationship is going strong. The couple will soon be scoping out the Atlanta real estate market to find a place they – and Josh’s English Bulldog – can all call home. As they look back on their whirlwind year and ahead to a 2015 that will bring a wedding and maybe even an addition to their family, Andi says those shared values are the key to their relationship’s success. She says, “No matter what or who comes into our life, at the end of the day, we are a team.”